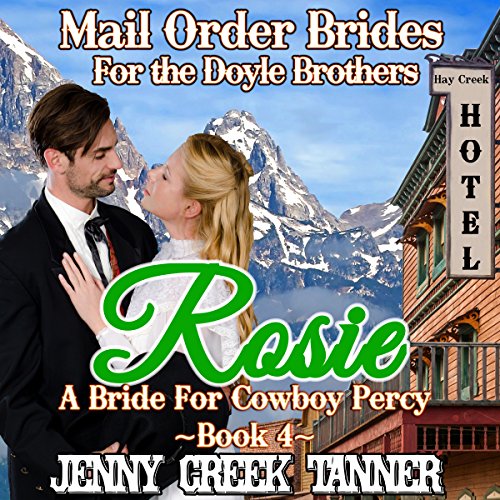 Rosie: A Bride For Cowboy Percy

Rosie: A Bride For Cowboy Percy

With her best friend about to marry Lewis Doyle, Rosie Wallace is busy making Amy's wedding dress. And with every stitch she wonders if there is a man out there for her. In this endearing Christian Western Romance series, three courageous and God-fearing women overcome their desperate circumstances and risk everything to find true love with the rugged Doyle brothers, who call the Ruby River Ranch in Montana Territory their home.

Catch up with the strong cowboy brothers of the Ruby River Ranch in the Montana Territory, including the eldest brother Warren and his wife Hannah, the youngest brother Benjamin and his new wife Lolly, and their brother Lewis who is about to marry Amy, the best friend of Lolly's sister Rosie. As Rosie makes Amy's dress, the reality that she will be the only woman in her small group of friends and relatives that will be unmarried, and each stitch brings her more doubt about her future. But she doesn't know that there is just such a man on his way to attend the wedding, a man who could change her life.

What listeners say about Rosie: A Bride For Cowboy Percy