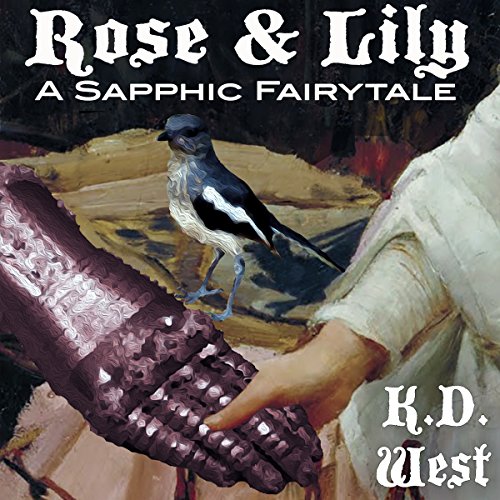 A fairytale where the heroine gets the princess.

Rose is the youngest of Sir Roland's three children, and the best beloved. When her father fails to come back from an attempt to rescue the princess from a neighboring kingdom from the notorious and mysterious Black Knight, Rose does not hesitate to strap on her father's old armor, the red faded almost to invisibility, and ride into the dark forest to help him.

There she herself encounters the Black Knight. Once she has defeated him, she learns his terrible secret, as well as her father's awful fate.

It is left to Rose, then, to rescue Princess Lily from the highest tower of the knight's castle. When she arrives there, she is stunned to find the most beautiful creature that she has ever beheld, cursed to sleep until love's true kiss can wake her.

There don't seem to have been any same-sex fairytales in the days when the Brothers Grimm were gathering stories - or if there were, no one recorded them. It's up to us, then, to write them!

A work- and family-safe lesbian folktale.

What listeners say about Rose & Lily

So cute and short

This was a sweet short, I'd love to see more from them. I somehow didn't expect the ending.