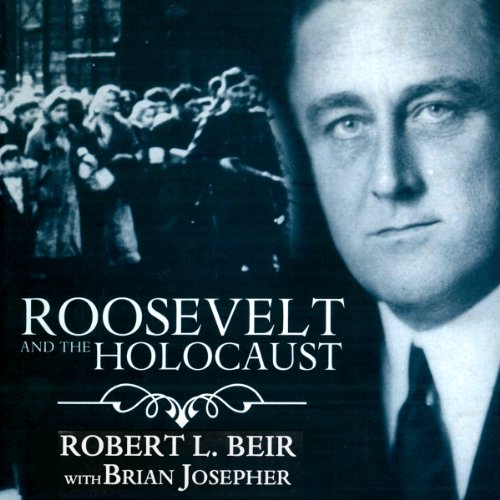 Roosevelt and the Holocaust

There is a great debate among historians about Franklin Delano Roosevelt's actions during the Holocaust. Was FDR the hero that defeated the Germans, or did he turn a blind eye to the plight of the Jews as long as he possibly could? In Roosevelt and the Holocaust, Robert Beir analyzes specific actions and legislation to get at the truth behind Roosevelt's role in the Holocaust. Beir has a unique perspective. He is a Jew who was raised during the extreme anti-Semitism of the Great Depression. Having witnessed the fruits of the New Deal firsthand, Beir became a Roosevelt scholar. It wasn't until later in life, when confronted by a student about Roosevelt's role in the Holocaust, that Beir began to research this topic intensely. Beir ultimately concludes that Roosevelt acted not out of anti-Semitism, nor out of moral outrage over the plight of the Jews. Rather he acted in the way he felt was best to navigate the United States and the world through this tumultuous time.

What listeners say about Roosevelt and the Holocaust

At almost four hours in I just cannot go on. I keep waiting for this book to be about Roosevelt or the holocaust, but . . .
Biographies are my favorite reading, and it's not disinteresting to hear about this historian's childhood, prep school and college education, his war experiences in the UK, and Truman's decision to use the bomb in Japan. But I feel like I'm playing hookie instead of making it to class, or that I'm filling up on ginger snaps when I know I need big protein.
Perhaps I've developed attention deficit, but I'd prefer to be closer to what I thought/hoped would be the subject of this otherwise charming, affable listen.