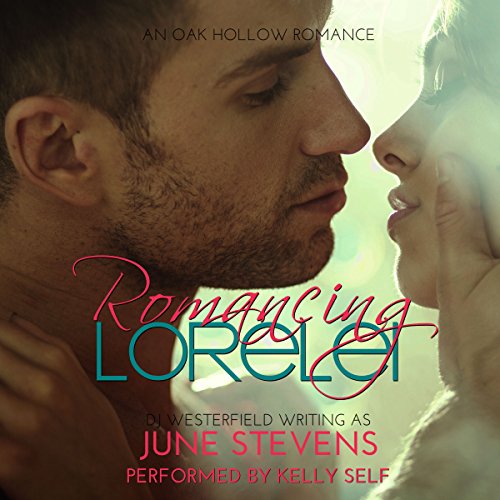 By: June Stevens,DJ Westerfield
Narrated by: Kelly Self
Try for $0.00

She doesn't believe in love…. He fell in love at first sight.

The moment he laid eyes on her, Kaden McAllister knew there was something special about Lorelei. After spending one incredible night with her, he knew he wanted her in his life. But the next morning she was gone, without even giving him her last name. When he finally finds her can he convince her there can be much more between them than sex?

Lorelei Graham isn't interested in falling in love with anyone, ever. Yet, she can't deny that something deeper lurks beneath the intense sexual attraction that sizzles between her and Kaden, She agrees to get to know him, but can she put her past behind her and open herself up to the possibilities of love?

What listeners say about Romancing Lorelei

It was definitely the worst in the series, but I wonder if I thought it was so bad because of the narrator. I really couldn't get into the story. I wouldn't bother using a credit or spending the money on the book unless they bring it out with a new narrator..

if William Shatner and a robot had a baby it would this narrator. just bad. couldnt finish book though I am sure it was nice.

This was a good story, but the person reading sounded like a robot. like she didn't really get into the story. She had no emotion Wow narrating the story.