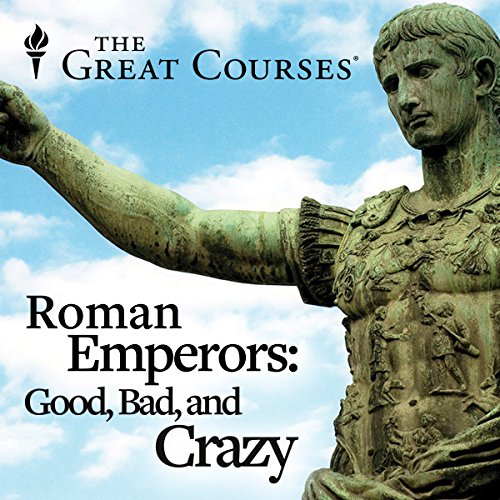 Follow the fortunes of the empire during the two centuries following Augustus and Tiberius, which included not only some of Rome's wisest and most conscientious emperors, like Trajan and Marcus Aurelius, but also some of its most notorious and deranged tyrants, like Caligula and Nero.
©2011 The Great Courses (P)2011 The Great Courses

Not too much detail. Interesting time in history. Moves pretty fast through some potentially good material.

This excerpt from a longer Great Course is fascinating and well worth listening to. Great professor and very interesting topic.

I like the introduction of the books which catch me to the end... I have random background about Roman history... I guess this book organized my infos in proper way and a good intros to listen more...