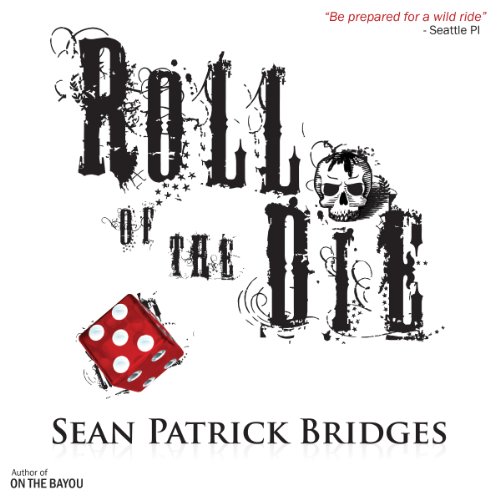 Roll of the Die

By: Sean Patrick Bridges
Narrated by: Bob Dunsworth
Try for $0.00

An ex-con on the straight and narrow is pulled into a twisted game of Russian Roulette in Las Vegas to save his wife. 666. Six Contestants, six chambers in a revolver and six sides of a die.

Riley Toback is at a crossroads. After serving a four year prison sentence for Armed Robbery, he's determined to make a fresh start in Atlantic City. Until his brother-in-law, drowning in gambling debt, convinces him to pull a heist at a Jersey Shore nightclub. In the aftermath of the botched robbery, Karim Rashid, a vicious Indian gangster, tracks them down. And he makes Riley an offer.

Triple Six. One round is loaded into a revolver and the chamber is spun. The Contestant rolls a die, with the face value dictating how many times the weapon is fired. If you can survive three rounds, you win. With his wife and life on the line, Riley takes the deal.

What listeners say about Roll of the Die

A struggling ex-con, Riley Toback, finds himself unwillingly drawn back into crime. Riley is a loner who breaks his own rules and joins forces with his debt ridden brother-in-law to pull off a heist at a Jersey Shore nightclub owned by an Indian mob boss.

Unfortunately, the Indian mob boss, Karim Rashid catches him and his brother-in-law. True to form, the brother-in-law is “swimming with the fishes” and Riley is faced with a deadly game of chance.

Russian Roulette Las Vegas style! Throw of a die and a revolver loaded with one bullet. With his life and the life of his wife and new born son, Riley is trapped and finds he must enter into the life changing game ‘666.’ Six contestants, six chambers in the revolver and six sided die.

The throw of the die dictates how many times the revolver is fired. One bullet is placed in the chamber and the chamber is spun. Survivors can win up to $6 million dollars – is it worth it? For several of the contestants – yes; for Riley – money is nothing, just the safety of his family is important.

Several twists, friendships and interesting characters make this book action filled and hard to step away.

The plot is well written and characters developed fully; shows a seedier side of Las Vegas and of humanity. Sometimes the ex-con is not the bad guy!

Bob Dunsworth is the narrator and does an excellent job of reading. His voice portrays the gravelly voice of ex-con Riley perfectly. The sound effects – microphone is excellent and adds to the reality of the story. Clear spoken, Dunsworth does an excellent Indian, Russian and American accent. I could “see” the characters as Bridges was reading.

I enjoyed the audio book immensely. I did find there was a lot of foul language however, given the style and plot of the book, it is not gratuitous.