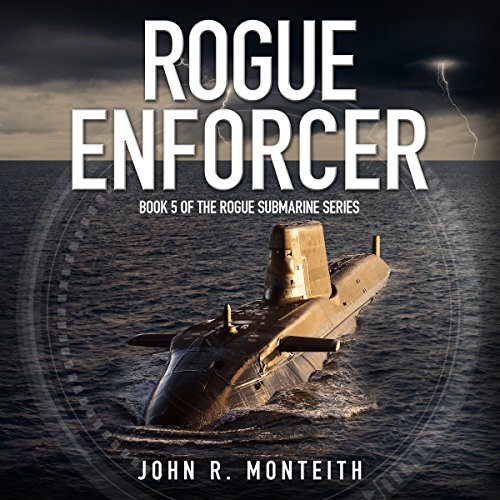 By: John R. Monteith
Narrated by: Paul Christy
Try for $0.00

Former US naval officer Jake Slate is on a downhill slide into alcohol, self-pity, and rage. A decade of life as a mercenary submarine commander has left him exhausted, bitter, and utterly disgusted with the world. When a drunken brawl leaves his opponent dead in the parking lot of a seedy bar, Jake needs to run away. From his crime...from his country...from himself. For international arms dealer Pierre Renard, Jake's meltdown couldn't possibly have come at a better time. Renard is planning to start a war against a major European military power, and he needs Jake Slate to light the fuse.

What listeners say about Rogue Enforcer

What disappointed you about Rogue Enforcer?

The plot was silly and did not ring true. Error in details about UK kit. Cartoon characters and a very US dream view of the Falklands and how
HMG might resolve a conflict.

A book not by J Monteith.

Knowledge of US kit was good. Less good on non-US kit.

Great writing and a great story.

I enjoyed the entire Rogue submarine series. You do have to go with the fact that these submarines seem to be easier to steal than an old VW Beetle but if you get past that each story has a unique and exciting tale to tell.