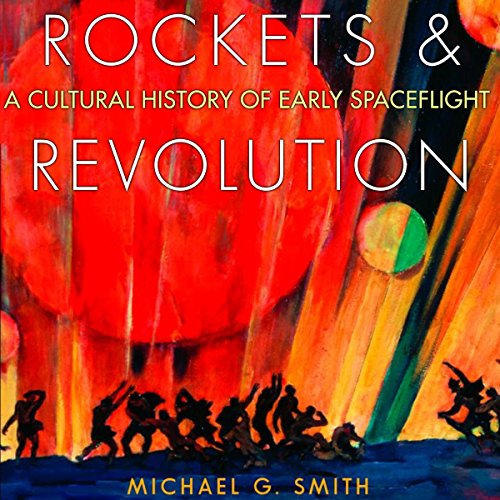 Rockets and Revolution offers a multifaceted study of the race toward space in the first half of the twentieth century, examining how the Russian, European, and American pioneers competed against one another in the early years to acquire the fundamentals of rocket science, engineer simple rockets, and ultimately prepare the path for human spaceflight.

Between 1903 and 1953, Russia matured in radical and dramatic ways as the tensions and expectations of the Russian revolution drew it both westward and spaceward. European and American industrial capacities became the models to imitate and to surpass. The burden was always on Soviet Russia to catch up - enough to achieve a number of remarkable "firsts" in these years, from the first national rocket society to the first comprehensive surveys of spaceflight. Russia rose to the challenges of its western rivals time and again, transcending the arenas of science and technology and adapting rocket science to popular culture, science fiction, political ideology, and military programs.

While that race seemed well on its way to achieving the goal of space travel and exploring life on other planets, during the second half of the twentieth century these scientific advances turned back on humankind with the development of the intercontinental ballistic missile and the coming of the Cold War.

What listeners say about Rockets and Revolution

Fringe science, sci-fi, futurism, and a dash of radical politics c. 1880-1940 - the precursors of rocket science. A strange and fascinating melange of virtually unknown scientific sources, marginal novels, etc, with a special focus on the USSR.

On first listen I found this book nearly incomprehensible, it was throwing so much unfamiliar material at me. On second listen, the outline was clearer, and the research seems thorough and even-handed.

Little actual science or politics - mainly a review of fringe literature that laid the groundwork for the development of rockets.

Not for everyone, but on its own terms, an outstanding book.