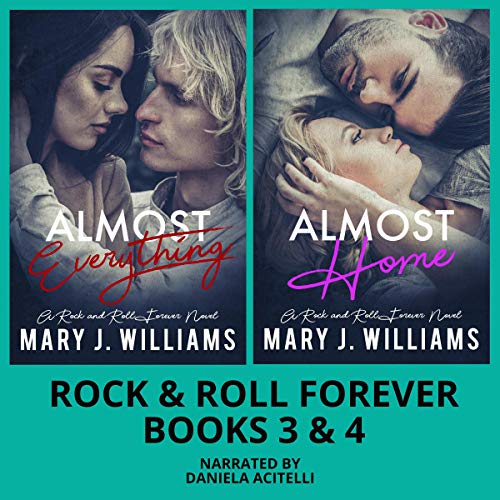 Rock star on the run!

Morgan left everything behind. When his past finally catches up, he has nothing to lose. Except one last chance at love.

The most mysterious member of Razor’s Edge, Morgan McCloud had all kinds of good reasons to keep his past a secret. On the run and desperate to protect the only person he ever loved, he changed his name, altered his appearance, and tried to blend in. In the process, he found a family, a rock band of brothers who gave him a purpose and a place to belong.

Happy with his life, Morgan never dreamed in a blink of the eye, their under-the-radar group would go from playing dive bars to filling stadiums all over the world.

Money and chart-topping records were great, but he knew he played with fire. Time wasn't on his side.

When the inevitable happened and Morgan's cover was blown, he ran - again. Right back to trouble and the woman who broke his heart.

Now, with nothing left to lose, he plans to take back his life.

India broke his heart, but she had her reasons. Morgan can't forget, but can he forgive? Will they get their second chance at love?

One woman who refuses to fall at his feet

One last second chance at love

Kane Harrison was born to play the part of the ultimate bad boy rock star. Trouble was, the life he lived wasn’t a game. Abused and discarded as a child, he used alcohol, drugs, and sex as weapons to combat the memories.

More than his salvation, playing music with his band, Razor’s Edge, was his only lifeline. Then he met Joplin Ashford and for the first time in his life, he understood the meaning of love. She was light to his dark and his hardened heart began to soften.

Joplin had a plan. For one year, she would act as manager for the up and coming rock group, Razor’s Edge, and earn her stripes in the music industry. The last thing she needed was to fall for an out of control musician with an ego the size of Texas. But try as she might, she couldn’t resist.

Loving Kane wasn’t easy, but Joplin was determined to fight until her last breath to be with him - even if her biggest obstacle was Kane himself.

Kane’s heart belonged to Joplin. Yet, to save them both, he walked away from Razor’s Edge, and the only woman he would ever love.

Five years later, they have one last second chance. Kane’s worked hard to be the man Joplin always believed him to be. Now, he must prove to her - and himself - the demons of his past aren’t as important as their future. Together.

This collection contains two stories about the members of Razor's Edge, a fictional rock band. Before reading this collection, I think it's useful to read book 1 in the series first but these two books are easy to read by themselves. I really enjoy the characters in all the books. This audio collection is very well performed. I recommend this pair of books for mature readers as there are some adult situations in both books. However, the story is written at a level that everyone can enjoy. I recommend this collection.

These books have me laughing and crying and caring ❤for the whole band. Wish the books went on and on.