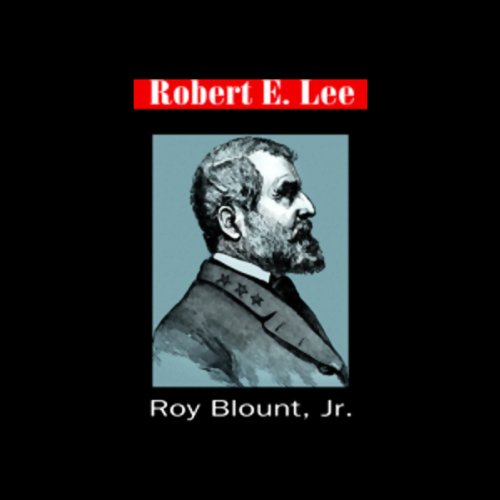 Robert E. Lee was a brilliant general, a complex soul, and a Southerner to the core. Tapped by Abraham Lincoln to lead the Union Army in the Civil War, his Virginian roots led him to command the Confederates instead. A charismatic though reluctant leader, his military audacity and tactical genius were combined with a genuine and sorrowful solicitude for his men, as ragged and outnumbered as they were by the end of the war.

Roy Blount, Jr., one of America's canniest writers, goes beyond the haunted contradictions of Lee's character and legendary strategic prowess to explore Lee's quirky sense of humor, his illustrious but scandal-clouded ancestry, and his paradoxical humility. Every reader curious about the makeup of a man born to be a myth will love this audiobook.

"One of America's wittiest writers." (The New York Times Book Review)
"An excellent and well-researched introduction of this hesitant leader." (Booklist)
"The author is neither a political writer nor a historical biographer, and that is what makes his unexpected meeting with Lee such a good one....He offers a gripping tale of a man who had to deal with the reality of being the Southerner he was and who met what came his way....Thoroughly enjoyable and engaging." (School Library Journal)

Deconstructionism at its worst

Blount attempts to come across as 'fair and balanced' yet does his very best to find anything and everything negative about this great American. He attempts to analyze Lee apart from understanding the faith that was integral to his character and, of course, fails miserably. Blount should stick to tabloids.