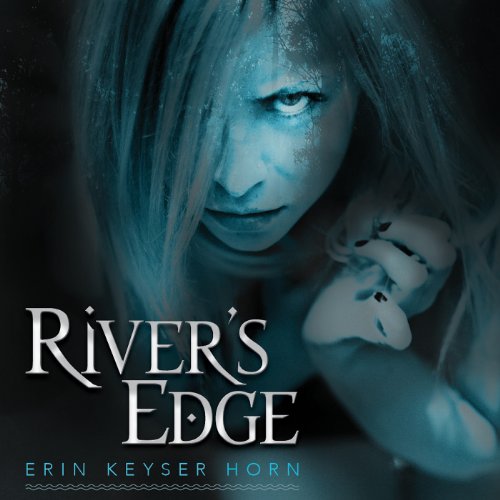 "Does salvation have a number? How many lives must I save before I'm redeemed?"

18-year-old Kasia Maier planned to spend her summer studying turtles in the sand prairie, not trudging through fearsome backwaters with her new coworker, Blayne. And when a monster drags Blayne into the Mississippi River, Kasia never expected herself to jump in after him. She saves him, but soon she's discovering the monstrous in other places... including herself.

Now she's wavering on the edge between a dwindling humanity and a dreadful immortality. The river is tempting one moment, terrifying the next. She doesn't understand who she is or where she belongs. Blayne, the one person with the potential to help her, is also the hardest to resist. If she can't stop her own transformation into a river spirit, he will be her first victim. And that's just the beginning - even greater threats are lurking in the shadows.

Combining the Illinois setting of Thomson Causeway and the scariest of Slavic mythology, River's Edge will make you question everything you know about nature, evil, and redemption.

What listeners say about River's Edge

Good characters, narrator and plot. I look forward to the rest of the story in book 2 of the series!

Great read for something a creepy yet different!

Overall, River’s Edge is a nice break from the normal YA fare. The protagonist is believable, not a “defiant Elizabeth Bennet type” or a “boy-crazy…well teen.” Kasia is relatable without the reader making you understand that she is truly relatable. The writer has a great humbleness in her writing and it will be exciting to see that develop in River’s Edge’s sequel.

The author plays around with an internal struggle within in a confused teen, an almost staple in YA novels, but what makes this turmoil different, what makes this turmoil interesting, is the fear conveyed in Kasia’s voice and thoughts -- something the narrator, Carin Gilfry Lawrence, conveyed quite aptly. Kasia is truly scared, and the readers know it. The “slow grow” in the in play for most of the novel, making the readers invest in the main character before they decide what fate they want for the protagonist. It can become annoying at times, more so if you are used to a fast-paced read, but the pay-off is worth it. Not only that, but it was exhilarating to not know what could possibly happen next. Most readers aren’t versed in Slavic mythology – so kudos to Horn for not only picking an interesting foundation for her world, but also picking something most writers haven’t exhausted.

Which character – as performed by Carin Gilfry Lawrence – was your favorite?

It would be a spoiler, but a certain something has an amazing Russian accent that Lawrence nails. I loved it.

I can't say that it did, but I don't think this is that kind of book. Everything in this novel is subtle -- yet effective.