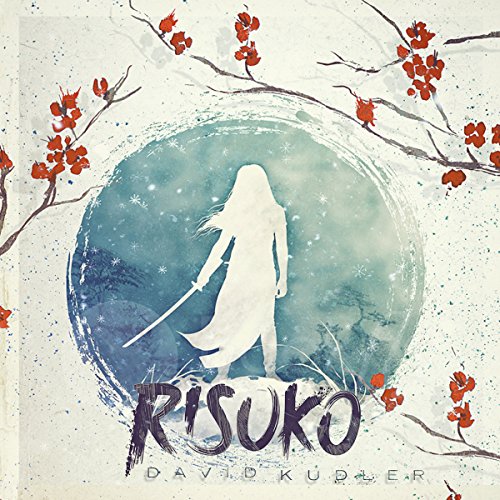 Can one girl win a war?

Though Japan has been devastated by a century of civil war, Risuko just wants to climb trees. Growing up far from the battlefields and court intrigues, the fatherless girl finds herself pulled into a plot that may reunite Japan - or may destroy it. She is torn from her home and what is left of her family, but finds new friends at a school that may not be what it seems. Magical but historical, Risuko follows her along the first dangerous steps to discovering who she truly is.

Kano Murasaki, called Risuko (Squirrel) is a young, fatherless girl, more comfortable climbing trees than down on the ground. Yet she finds herself enmeshed in a game where the board is the whole nation of Japan, where the pieces are armies, moved by scheming lords, and a single girl couldn't possible have the power to change the outcome. Or could she?

A good listen with a side of Japanese culture

Thank goodness this isn't just another young adult book. The characters are well developed. There are even characters who don't get along the whole book(crazy!). The book takes place in Japan and I enjoyed hearing about the country area where Risuko was raised. Every good Japanese history story has an army and this one doesn't disappoint. I think the story could have been a little more fast-paced but every author has the right to write the plot at their pace. I enjoyed the story and would love to see what happens to some of my favorite characters in the future.

Enjoyed this trip to ancient japan

I really enjoyed the story. Felt authentic and well researched. I was rooting for the narrator and curious about how the big secret was going to be revealed. Can't wait to read future the next installments of the series. I would recommend this to anyone who is looking for a young adult book about old Japan

My one issue with the audiobook was the voice actor. At first, I didn't love her voice... but over time I got used to it and even grew to like it. The only thing that still bothered me was some of the pronunciation of Japanese words and the fact that one of the characters seemed to have a Scottish accent. I only say this as a critique and that it didn't distract form the overall goodness of the book or the voice narration.

I really enjoyed this well written and entertaining story. I listened to this with my 14 year old and we both loved it. Risuko was a fantastic character. Narration was well done and enjoyable.

I really enjoyed this historical coming of age story set during the age of the samurai. Risuko is a young girl who faces a series of mysteries and life threatening challenges -- and she manages to face them bravely, but like someone her age, not like a superhero-in-training. I loved her as well as her friends.

Part of what I loved about the story was that it managed to feel like a fantasy adventure while staying historical. It most reminded me of Tamora Pierce's wonderful Alanna books.

Take a trip to ancient Japan

I’m always drawn to books set in ancient Japan and with this one having a young female protagonist I was really intrigued to either read or listen to the book. The book itself felt like a cross between a historical and fantasy novel and I really enjoyed that aspect. It took a little while to get going and I will admit to being a bit confused with all the characters early on as quite a few were introduced all at once. Once I got into it though, this was a fun listen and I would be interested to read more by this author.

I did struggle with the narration, especially at the start of the book. The narrator has a clear voice but she did sound as if this might have been her first narration as she definitely got into the flow more as the book went on. I was also a bit perplexed by the fact that she gave the Korean chef a Scottish accent. I know she was trying to differentiate him from the Japanese characters but it seemed very odd.

Overall this was a fun listen.

At the beginning, the book didn’t feel like a Japanese story to me. This aspect does improve later and we learn more about what was happening around that time. The main characters are written well, and I may buy future books based on the strengths of the story and characters.

The narration needed some help. Mostly the delivery was fine, the characters differentiated. But the Korean who had a Scottish accent kept throwing me out of the story. There was also some editing issues toward the end; a couple repeated words, and linger pauses in the same scene than seemed appropriate.

On the strength of the story, I give it a four overall.

Interesting and kept my attention from beginning to end. Enjoyed the characters and plot. Felt well rounded and rich. Only complaint was the narration, didn't care for the accents or narration. But still recommend

-Story-
Risuko follows our protagonist of the same as she is bought and taken to a new life where she is trained for.....something. Honestly the book has a lot going for it. The characters are pretty well fleshed out, and as a side note it was actually pretty refreshing to have a character not get along with someone the entire book instead of becoming &quot;besties&quot; at the end of book. The plot moves a bit slow at first but injects just enough action to perk it back up and keep the listener interested. The only real drawback is that as the plot moves forward and it becomes clear what is going on in the bigger picture of the world the book just sort of ends. I suppose that this is just the setup for the next book to come in and pick up where it left off but there is no real cliffhanger aside from wanting to know what happens to the characters as time moves on. One other thing I wanted to point out that I personally found annoying was the random use of Japanese words in the story. At some points Risuko says mother, other times Okaa-san, which is just mother in Japanese. The same for her father. I can understand why you would use things like -chan and -sama as there aren't really perfect replacers for those in English, but it just felt a bit needless and like the writer was trying to make things feel more &quot;Japanese&quot;.

-Narrator-
I am split with Julia Kudler on weather I like her narration or not. She is clear in her wording but her cadence as she reads has odd pauses in some spots, and none in others. This is more so in the beginning of the book so she gets better as it goes on. That aside she dose do a wonderful job of brining life into the protagonist. Aside from that I'm still scratching my head trying to figure out why the cook, a Korean, got the Scottish accent. I mean the book dose say he has a distinctive voice and speech pattern, and in that aspect he dose stick out as very identifiable......but why Scottish? Are we implying the Koreans are the Scots of Asia.....That actually makes me chuckle when I consider it so that's what I like to stick with even if it is just an odd choice.

-TL;DR-
the book itself is pretty good though it stops a bit short of a fulfilling narrative, probably leaving you wanting more in the sequel. Fun characters and decent narration make for an enjoyable listen.

-Obligatory disclaimer-
I received this book for free in exchange for a honest and unbiased review.

I didn't feel like this book was properly edited. I knew going into it that the narration was a little bit rough, when I found out it was the author's relative, it made more sense. She isn't bad, please don't misunderstand, but it didn't feel professional. I had to rewind several times to understand what happened because her inflection was on the wrong word in a sentence, thus, implying s different meaning.

The story itself was good but needed a little editing.

I started this book with enthusiasm, expecting it to be an historical fiction novel about Japan, but although it was based on historical fact, I hadn't anticipated that it would be quite so much a YA adventure story. I'm afraid I really struggled to connect with the book. Admittedly the Japanese names didn't help, but many of the characters blurred into one another for me and it was only in the second half that I managed to distinguish between them.

I was listening to the audio version, available on Audible, but unfortunately I found the voice of the narrator piercing and irritating. She tended to raise her voice at the ends of sentences, inferring questions that were not there, and although she was perfectly clear with her narration, this intonation jarred with me. And why did the Korean chef have a Scottish accent, did I miss an explanation along the way?

Kano Murasaki, or Risuko, also known as Squirrel (no wonder I'm confused!), was bought from her parents early in the book. I think it may have had something to do with her father's loss of honour, but I wasn't quite sure. She finds herself under Kee Sun's care, training to become, not only a Miko (a shrine maiden) but also a fighter and a spy, to defend her country, her honour and her owner.
There are several other novices studying with her at The Full Moon, learning varied skills from cooking to dancing and music to sword-play. It's a grueling training regime, but they are kept well fed and comfortable and it is therefore an improvement over their home lives.
Intrigue between the residents of the Full Moon provides most of the excitement, until a series of suspicious events allow Risuko to prove her skills.

This book did prompt me to look into Miko and their history in Japan, and for that I am grateful. Personally, I shan't be following the series, but I'm sure those that do will learn quite a bit about the lives of these women and their roles in Japanese society.