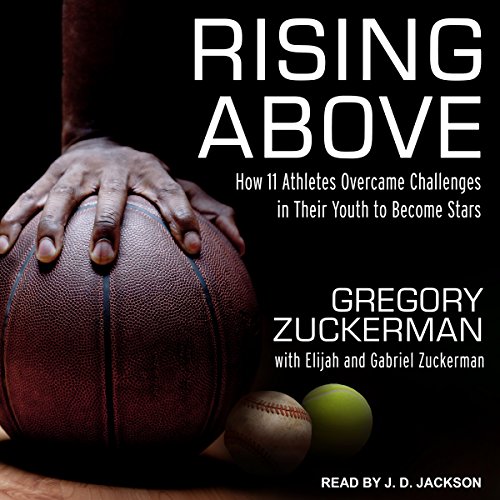 Team USA goalkeeper Tim Howard was diagnosed with Tourette Syndrome in sixth grade. He went on to become a national treasure after single-handedly keeping America competitive in the 2014 World Cup. Stephen Curry was told he was too small, too weak, and too slow to even receive a scholarship to play college basketball. He outworked everyone and went on to become MVP of the National Basketball Association. Jim Abbott was born without his right hand, yet he refused to be defined by what he lacked. He went on to pitch a no-hitter in the Major Leagues.

Athlete after athlete in this book found discipline, hope, and inspiration on the playing field, rising above their circumstances. Filled with first-hand accounts from stars who exemplify the idea of enduring at all costs, this collection of sports biographies will serve as a must-listen source of inspiration for kids and sports fans of all ages.

What listeners say about Rising Above