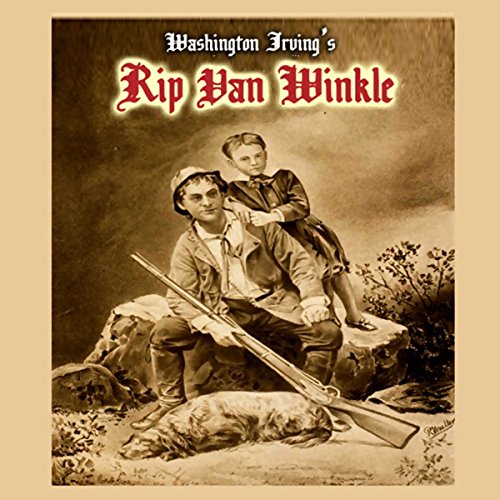 Rip Van Winkle lives in a nice village at the foot of New York's Catskill Mountains. One autumn day he escapes his nagging wife by wandering up the mountains. After encountering strangely dressed men, rumored to be the ghosts of Henry Hudson's crew, who are playing nine-pins, and after drinking some of their liquor, he settles down under a shady tree and falls asleep. He wakes up 20 years later and returns to his village.

Excellent Story! Listen with your Children!

My six year old son and I listened to this story on our way to Family Camp and thoroughly enjoyed it. Of course how could you beat any story written by Washington Irving. As well as, Christian Rummel's excellent narration. Thanks for making this wonderful classic available.

I knew this story from long ago, but its memory was vague. It's wonderful to read a great piece of literature and be reminded: classics are rarely formidable; they are simply wonderful stories, told wonderfully well. (It's nice if they're read wonderfully, too, and this one is.)

I have never read, or had read to me, the story of Rip Van Winkle. This was rather cute and nicely narrated. The phone keep ringing during this audio and I finally had to turn off the ringer. Once I backed up for the final time I really enjoyed some of the references to adults. I am sure this is always classified as a children's story, but I couldn't help wonder how many children know what being hen pecked means. Worth a few good laughs.

I read this years ago....ole Ripp slept for 20 years and woke up away from his wife who he would allege, hound him, and went from a citizen of England to a United States Citizen while asleep!

Full of lessons for kids

What made the experience of listening to Rip Van Winkle the most enjoyable?

Having someone else read it to me. I always read with my same voice and the readers do different impressions.

What was one of the most memorable moments of Rip Van Winkle?

Rip is caught neglecting his family and in the end it's excepted as fact rather then being rebuffed.

Well narrated and a classic tale