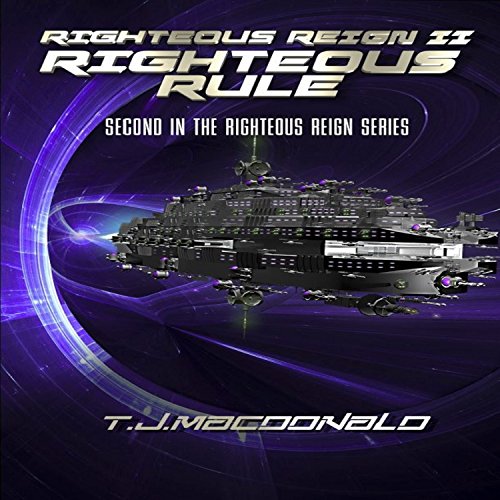 Admiral Kurt Brubacher spins the logs, reports, and history of the Orion Federation into a spellbinding action saga that starts nearly three years after the end of Righteous Reign. The opening volleys in a new war had just been fired. Back then, thousands of warships had suddenly occupied positions along more than 100 light years of the Federation's border. George Bryant had dubbed this enigmatic enemy "The Inscrutables".

Both forces continually move and countermove in an attempt to gain tactical advantage over the massive chessboard. Periodically, this mysterious foe has launched vicious suicidal attacks. But Admiral George Bryant's Mobile Fifth RAC forces are only permitted to defend, never allowed to retaliate. It would offend the neighboring CauDo to pursue these cunning antagonists in their territory. All the while, half a trillion Orion Federation citizens attempt to maintain a semblance of normalcy despite the strain.

But George is not alone. It is Kurt who comes up with a deceitful plan. In heart-stopping, pulse-pounding fashion, he shifts listeners back and forth through time as he shuffles us through successive battles, each more dangerous and complex than the preceding one. And, in the middle of it all, the Federation faces a predicament as serious as the impasse that led to a past civil war, just as one hero's most euphoric moment transforms into his greatest anguish.

In the end, it's all up to Admiral Bryant. He must execute the duplicitous scheme that's concocted to rid the Federation of the Inscrutables. If he's triumphant, he will vanquish the fiercest enemy they have ever confronted. Being wrong means the end of the Orion Federation.