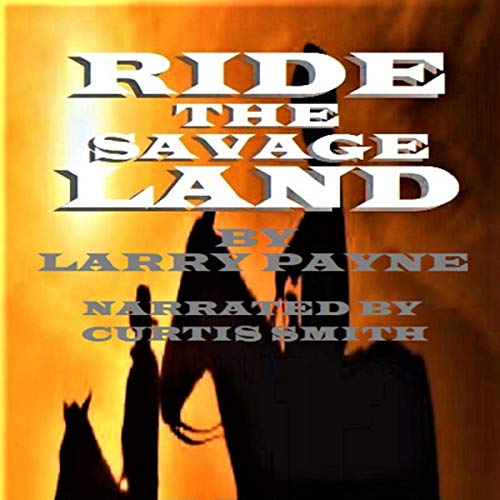 When a Comanche raiding party abducts his wife, Jake Hollister unpins his star and ventures out on a quest to find his beloved Suzanne. Now, six years later, his close friend John Henry Parker's wife, Sarah, has befallen the same fate.

Agreeing to ride together until Sarah is found, Jake and John Henry enlist the aid of an ex-buffalo soldier, Zacharia Benson. They follow a trail of death and destruction until a Comanche war party forces them to return home to recover from wounds.

Their relentless search resumes when Jake visits an old friend, Charlie Bold Eagle, and persuades the Indian tracker to join their quest. A chance encounter with a Comanchero soon brings them face to face with feared Comanche war chief, White Buffalo.

What listeners say about Ride the Savage Land