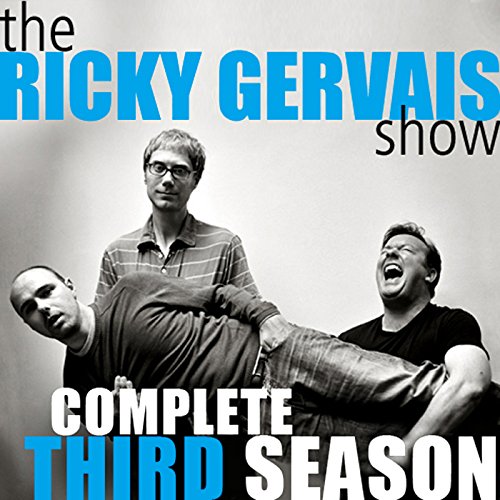 Episode 4 in the third series of The Ricky Gervais Show, in which Karl Pilkington does a spot of inventing while Ricky and Steve practice their entrepreneurial skills.

In this episode:
Karl is accused of not pulling his weight by Ricky and Steve and his TV programs are criticized in the press. Steve's dancing skills are the subject of some tabloid mockery and Ricky doubts the merit of Karl's clip-on mug mat. Plus, Karl's diary introduces the doctor who doesn't open his eyes much.

Series 3, episode 4...ive got to say this ep was cringeworthy, listening to Ricky and Steve lay into Karl because they are so busy doing things and he's not doing much. It was like listening to parents argue. Not something you pay money to hear.