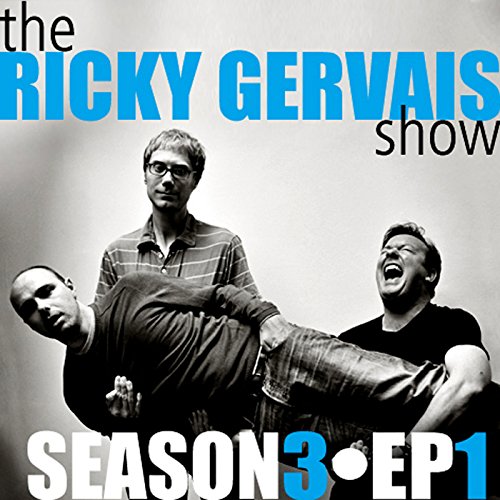 Episode 1 in the brand new third series of The Ricky Gervais Show, in which Ricky Gervais and Steve Merchant find out what Karl Pilkington's been up to over the summer months.

In this episode: The fright of the bumblebee, Karl's desultory approach to entomology, extreme sports, six-packs and a corporeal conundrum, Karl's diary, playing with ladybirds, dusting, new discoveries, and Karl's poem.

Bought it as a season, but only shows 3 of 6 episodes as available.

The episodes are encoded at 64Kbits, making the audio quality unbelievably bad. The previews on Amazon's page are pristene, so why deliver such lo-fi copies for the actual downloads?

Irritation at a great series being treated so poorly.

Karl Pilkington is the funniest man on earth. His view of our world and his insect fetish make me laugh so much I should listen to this in the loo.

This is off to a good start, the chaps playing nice and Karls summer stories of insects. Love the poem lol

I can't understand how karl doesnt spend the whole show laughing. Comedy at its best!!!!!