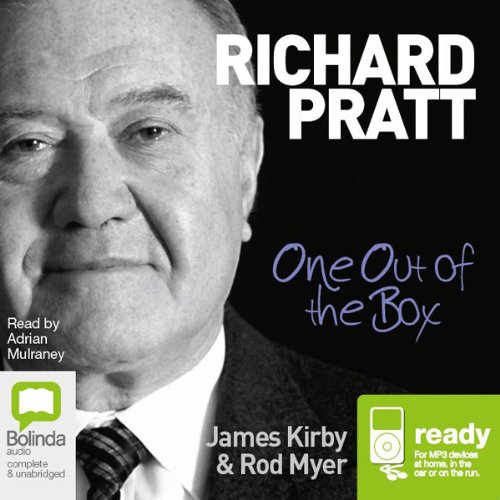 By: James Kirby,Rodney Myer
Narrated by: Adrian Mulraney
Try for $0.00

Insightful and revealing, this book is the first to tell the Richard Pratt story in full. From humble Polish-Jewish immigrant beginnings, Pratt became one of Australia's business success stories. He was a paradoxical man: said to be a devoted husband, yet he had a mistress and an illegitimate daughter; Australia's most generous philanthropist, yet he admitted to price fixing; and a great supporter of the cultural arts, yet saviour of the Carlton Football Club.

Renowned journalists James Kirby and Rod Myer have combined forces to tell the whole truth about Richard Pratt in an insightful biography that will encourage readers to decide for themselves - was Richard Pratt a saint or a sinner?

What listeners say about Richard Pratt