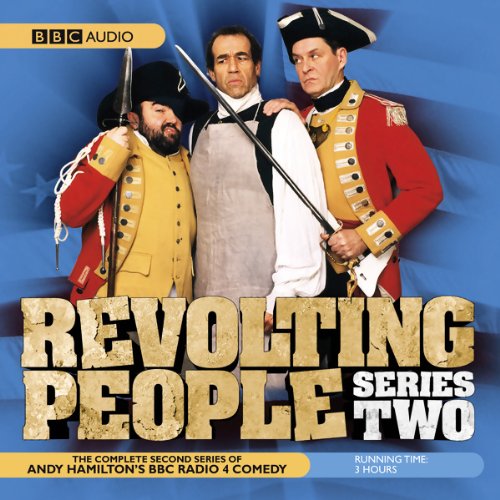 What listeners say about Revolting People

Wish there was a Series 3 available.

Very funny w/ some awesome tongue in cheek and innuendo based humor... As good as the 1st series and am hoping for a release of season 3 as I dearly want to laugh along w/ the adventures and hijinks of these lovable misfits...

Love all 4 series on radio.

Why can you only get the first two series? Suppose I'll have to wait

I really wish the BBC and audible would release the third series of this series. Andy Hamilton is on top form. Highly recommend

It may only be under three hours, but the quality is 100% satisfaction.

I'm so disappointed by this, it's got a great cast and yet somehow it falls flat. It has a few funny lines scattered about but it's not worth waiting for them. Poor.