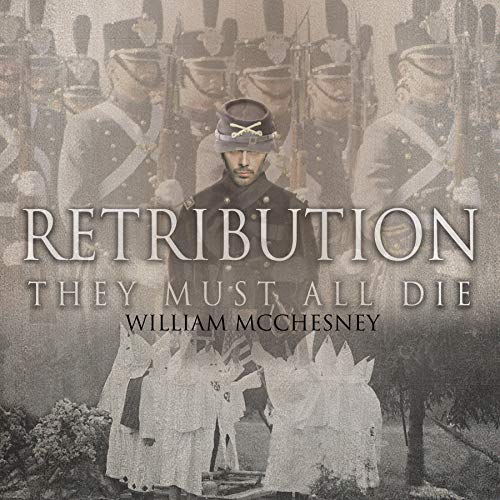 Retribution: They Must All Die

By: William McChesney
Narrated by: David Attar,Becky Parker
Try for $0.00

This adventure begins with a two family vacation. One family will be saying good-bye to their son as he has been accepted to West Point. The other family's son will be attending the University in Albany. One is White, the other is a Negro, and this is the middle of the 19th century. Best friends from birth and both trying to make a difference in an improbable time in our nation's history. The two friends try to maintain their relationship and do the best they can even through the Civil War.

Colonel Christian who had distinguished himself at both West Point and the Artillery Corps gets assigned to oversee reconstruction in Georgia. This seems like a dream come true, as his best friend is now an educator and an ordained minister. He's a perfect candidate for helping with the arduous task of educating his race in the South. Life seems to be getting good, but all hell is about to break loose and the colonel has some unbelievable life changing decisions to make.

What listeners say about Retribution: They Must All Die