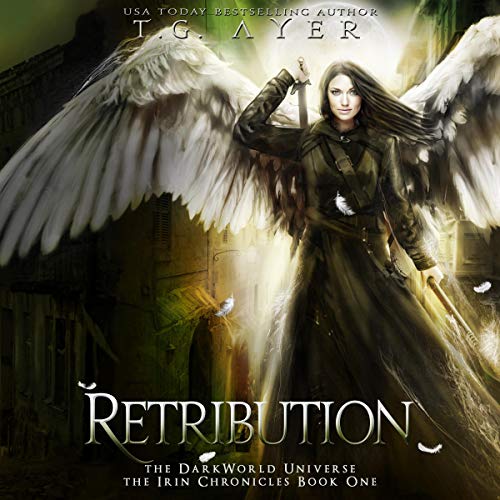 After a thousand years, things are beginning to fall apart for angel Evangeline.

Her mentor is near death.

Her new boss, Marcellus, is obsessed with bronze disks and dead demons.

And Evie is feeling guilty having just wiped another demon off the face of the earth.

And when an enigmatic albino demon with dreadlocks and a potent angel allergy reveals the true nature of the disks, Evie must do everything in her power to keep Marcellus away from them.

It should be simple.

Stop Marcellus from obtaining all the seals of Hades

Stop him from becoming the next ruler of the Underworld.

But as usual, everything is not as it seems, and Evie is thrust headlong into a race against time; to save her own life and that of the uber-hot Julian; current ruler of Hades.

And everything hangs in the balance; her life, her destiny, and her dreams.

Nothing will ever be the same again.

Retribution was the introduction to a world where Angels are assassins trained to fight against evil forces! Some Greek mythology, action, romance, and a badass female main character and you've got a good paranormal story.

Evil is supposed to be 1000’s of years old but she’s in pretty much “angel high school” learning stuff she was already part of? I thought this was going to be more of an adult book but it’s more of a teen book. How you can have over a 1000 year old angel be that of a teen mentality is beyond me and completely ruined the book for me.