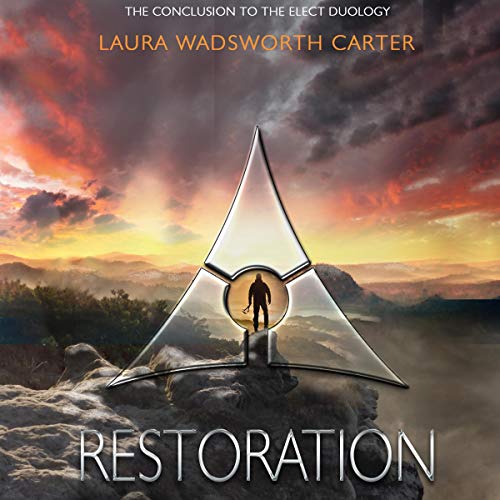 By: Laura Wadsworth Carter
Narrated by: TJ Clark
Try for $0.00

From Laura Wadsworth Carter comes the conclusion to the Elect Duology, a modern dystopian retelling of David and Goliath.

August’s first attempt to destroy the Foundation not only failed, it nearly got him killed. Now, stuck inside a refugee camp in a bordering nation, he’s determined to return to his homeland and finish what he started. So, when an anonymous benefactor offers him weapons and supplies, August cautiously accepts. Only somewhat aware of the danger his status as an Elect poses to those around him, August travels to Belstrana with Elisa and Alek, where they hope to join forces with the hidden network of rebels. Unfortunately, the return of old friends and enemies complicates matters, and even the rebels have their own hidden agenda.

Caught between the Foundation, the rebels, and his own sabotaged mind, August soon finds himself tangled in a web of betrayal that spans decades and crosses political borders. With the fate of his homeland and the hope of a future with Elisa at stake, August will risk everything to break the duplicitous bonds that hold him and defeat the Foundation once and for all.

What listeners say about Restoration

I have been waiting for the audiobook to come out after listening to The Elect a year ago. The series finishes strong and I love the narration. Thank you Laura! Thank you TJ!