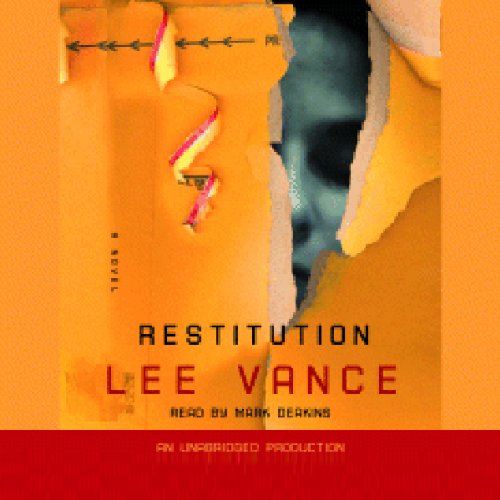 Peter Tyler seems to have it all: a beautiful and accomplished wife, a high-powered Wall Street career, a sprawling house in the suburbs. But beneath this perfect surface, things are not what they seem. Haunted by an unhappy childhood, Peter is drifting further and further from his college-sweetheart wife and her ideal of family life. Eventually, confused and dissatisfied, he seeks solace in a one-night stand.

Before Peter can fully come to grips with what he's done, his house is broken into and his wife brutally murdered. When the police discover that a mysterious package from Peter's best friend, Andrei, is the only thing missing, they rule out random robbery. When they dig a little deeper and discover Peter's infidelity, combined with his refusal to reveal the identity of his lover, he becomes their prime suspect. To complete the nightmare, Andrei, who might hold the key to everything, has disappeared without a trace.

Forced to run, Peter will have to question everything he has ever believed as he struggles to unravel the truth behind his wife's murder and Andrei's disappearance before the police catch up with him. Along the way, he'll encounter an embittered ex-cop with a taste for vengeance, a conniving pharmaceutical conglomerate, the head of an underground AIDS facility with ties to the Russian Mob, a corporate jackal bent on a swindle of epic proportions, and a spectacular act of revenge that will take your breath away.

Whip-smart, lightning-paced, and adrenaline-fueled from first to last, this is an audiobook you won't be able to stop listening to until you know everything.

What listeners say about Restitution

great until the end

disappointed in the ending, was a very creative story with a few unexpected twists and turns but the ending dragged on and on and was rather anti-climatic. Could have been a better ending.

Good novel otherwise and the characters were believable due to the narrator.

I enjoy murder mysteries very much, but this one was not my favorite. I don't know if perhaps it's the Yuppy lifestyle of the main character, or perhaps the fact that things seemed to be almost too easy for him which didn't captivate me as much. It took me about 3 months to read the book because I would start reading, then I could stop without wondering how it would turn out. This is not to say the book was bad which is why I give it a 3 of 5 rating, but it just didn't keep me wondering what would happen like other mysteries I've read.

Not your typical murder/suspense story but entertaining. "Soap opera" type. Moved right along. Good twists and turns. Easy to listen to.

The story was fairly unbelievable but if you can let that go it’s ok. Not horrible but kind of convoluted. I chose it for Mark Deakins and he did a superb job. If it weren’t for him I might have given up.

Update: I just re-listened to this story again, only because I wanted to listen to Mark Deakins. The story was just as bad this time, probably even worse. It was so convoluted and so unbelievable, it was like the author just pulled anything out of the air and threw it into the story and made it happen. It was just totally unbelievable, and the only way I would listen to another book by this author is if Mark Deakins happens to be the narrator. Then I might give it a try, but I wouldn’t be holding out any hope that the story would be any good.