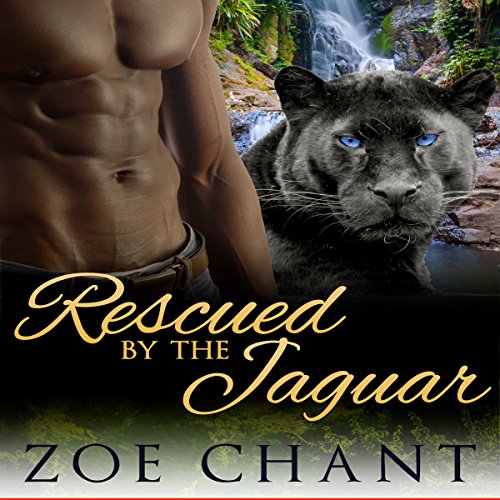 Rescued by the Jaguar

Rescued by the Jaguar

By: Zoe Chant
Narrated by: Lewis Bailey
Free with a 30-day trial

Billionaire Octavia Mateo is the toast of the Cancun business world. On the outside, she's got everything. But inside, she feels empty. Her snobbish uncle keeps trying to set her up with wealthy men, but Octavia - and her inner jaguar - have never felt so much as a spark of passion. Yet...

Black jaguar Luke Covas is a brave, strong, down-to-earth firefighter, a man who takes things as he finds them. But when he's separated from his crew during a deadly fire on the border, he's forced to become a jaguar to survive. But the trauma leaves him unable to shift back, wounded and alone, not even knowing what country he's in. Until Octavia finds him.

On the surface, the wealthy woman and the courageous firefighter have nothing in common. But their souls call to each other, culminating in a night of wild passion that convinces them that they're meant to be together. But can they survive a gauntlet of awkward dinner parties, a scheming uncle trying to separate them, and a deadly fire? What will it take for the two jaguar shifters to stay together when they're literally worlds apart?

What listeners say about Rescued by the Jaguar

Very difficult to listen to, narration is stunted

I can't listen to this at all. I'm barely 12 mins in and it's not getting any better. I probably won't finish the book. I can't review the story because I won't be finishing the book.

Couldn't get into the story.

The story sounded like a good one, but the narrator ruined it for me. The accent was wrong for the story to my ears. I guess I should have listened to the sample before I bought it. I could have saved myself some time and trouble.