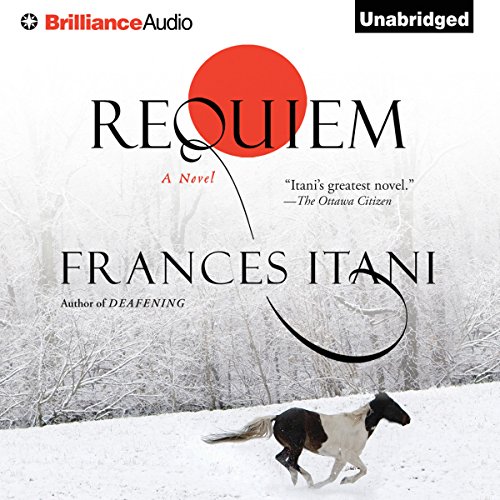 Frances Itani, author of the internationally best-selling novel Deafening and an extraordinary researcher and scholar of detail, excels at weaving breathtaking fiction from true-life events. In her new novel, she traces the lives, loves, and secrets in one Japanese-Canadian family caught in the larger arc of history during the 1940s.

After the attack on Pearl Harbor in 1941, the Canadian government uprooted Bin Okuma’s family and relatives from their homes on British Columbia’s west coast. Families were allowed to take only the possessions they could carry, and Bin, as a young boy, witnessed neighbors raiding his home before the transport boat even undocked. Removed from the one-hundred-mile “Protected Zone”, Japanese Canadians were sent to internment camps where for five years they lived in hardship in hastily erected shacks in the mountainous interior. More than 50 years later, after his wife’s sudden death, Bin travels across Canada to find the biological father who has been lost to him. Both running from grief and driving straight toward it, Bin must ask himself whether he truly wants to find First Father, the man who made a fateful decision that almost destroyed his family all those years ago. With his wife’s persuasive voice in his head and the echo of their love in his heart, Bin embarks on an unforgettable journey into his past that will throw light on a dark time in history.

a mass for the dead

This book reminds me of Joy Kogawa's book, Obasan, and the plight of the Japanese Canadian incarceration following Pearl Harbor.

Bin's quest and remembrances are sad but the remembered vignettes are not maudlin. Basil's antics (Bin's loyal companion dog) add humor and help to off-set the extreme seriousness of the subject which is likened to Beethoven's ponderous late quartets.