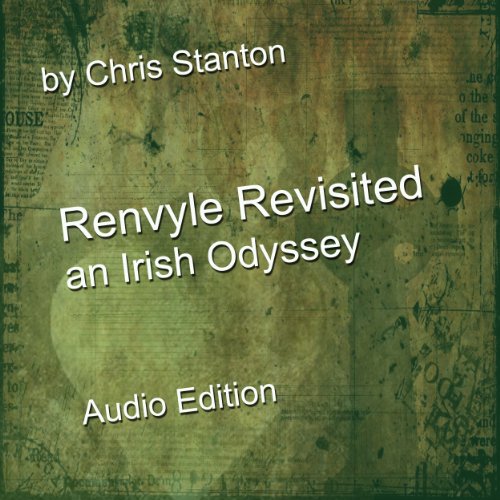 Your narrator for the adventure is me an American, the sort of fellow the Irish might refer to as a boyo. The times recounted are before Ireland joined the European Union, when it was the “old sod.”

If you’ve ever wondered what it would be like to visit relatives in Ireland, my stories will be warm and enlightening. There is something magical about visiting where, but for a generation or two, you’d be living and laughing everyday with cousins.

Renvyle Revisited an Irish Odyssey is a bit of a mystery. I had told my American first cousins on my mother’s Kilkenny side a story about their father and I promised to tell another about his adventure a generation earlier in Ireland with my father’s Connemara side of the family. The thing of it is, I didn’t know exactly what I was promising. I had not reasoned out what it meant. The payoff is that you will learn more Irish history by accident than most will learn on purpose. It took me more than nine hours and forty-five minutes of talking to get to the bottom of it or at least my version. The mystery regarded a grudge with non-family that was renewed with my visit 17 years later. How Irish is that?

To make sense of the revisited story one needs to know about the Irish Civil War, and hardly anyone of Irish descent a generation or two American has a clue about it. My grandfather’s generation lived The Irish War for Independence. They fought the Irish Civil War vicariously. They witnessed Èamon de Valera, titular President of Ireland, fundraising for The Independence War. Generally, Americans who knew Èamon did not hold him in high regard. Dev was judged a duplicitous fellow, accepted in the name of unity when facing greater evil, England.

I whole-heartedly recommend this audiobook, especially to those of Irish heritage. The author has a pleasing voice for his wandering tales of Ireland and Irish Americans. What is the book about? It turns out, a lot of things he fits together with humor. Much of the charm of the stories are that they are about people he meets, not about himself – how very Irish. I tried to figure out his political point of view and he doesn’t fit an ideology. He is making an argument about the inherently wonderful (smart smirk) nature of the Irish up against abusers of trust and good will. Be it Eamon de Valera conspiring against the Irish in the name of the Irish, organized crime in boxing or Army generals’ disregard for the dignity of their men. For a good time, sit down with this lad. He will make you laugh.

What other book might you compare Renvyle Revisited an Irish Odyssey to and why?

I thought of Garrison Keillor, listening to his tales.

I loved the story about "the ancients," how each winter this elderly couple would paint portraits of each other until their cottage was full of them.

The stories made me laugh. Even though he is American, he is so Irish in the way he is good company.