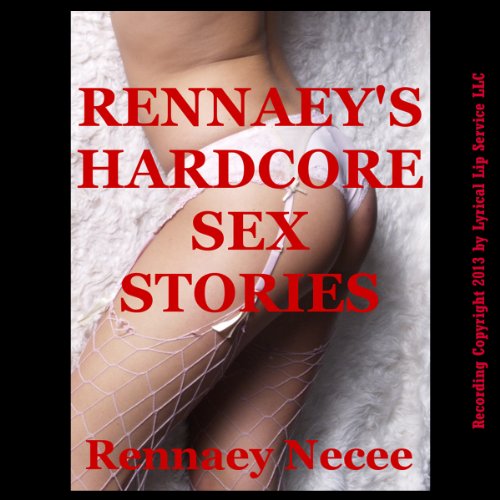 By: Rennaey Necee
Narrated by: Nichelle Gregory
Try for $0.00

Hot erotica author Rennaey Necee presents five of her red hot hardcore sex stories. Settle back and watch the words steam up your screen because this collection is scorching!

Jolene and Mark have been apart for months, and each misses the other terribly. It comes to a head when they both attend a concert with others and wide up meeting in the lobby. Perhaps things would have turned out differently if the artist at the concert wasn't singing their song. You can't un-hear a love song, though, and before long, the two of them can't remember why they ever split in the first place. Passion takes over, and neither can keep themselves from loving each other again…even if they can't wait to get home to consummate it in a park for a public sex encounter!

Arianne is in a loveless marriage, but she isn't really stuck. After successfully raising three kids and sending them off to college, she's comfortable letting her husband have his women on the side and enjoying the wealth they've built together. She attends a party her husband (as usual) can't make, and once there her inner cougar takes over. Ryan is home from college, and he's gone from an awkward skinny teen to a muscular and sexy young man. Before long, this MILF is ready to give him whatever he wants, and what Ryan wants is her tiny and tight virgin ass!

4. "Group Sex with the Neighbors: A Wife Swap Erotica Story"

Christina and Keith always host the neighborhood parties, and this time, the new neighbors are coming. Christina can't get over how beautiful Shell and Marco really are, and she's delighted when they stay late for drinks. Of course, she has no idea how far things will go as the men lead the women to their first lesbian sex and a scorching wife swap group sex encounter!

One of the worst books

This book is one of the worst books I e ever listened to. The story is as lame as it gets, and the person reading it is absolutely horrible. Do not bother with it!!

Would you try another book from Rennaey Necee and/or Nichelle Gregory?

first of all read regular voice, cut out noise