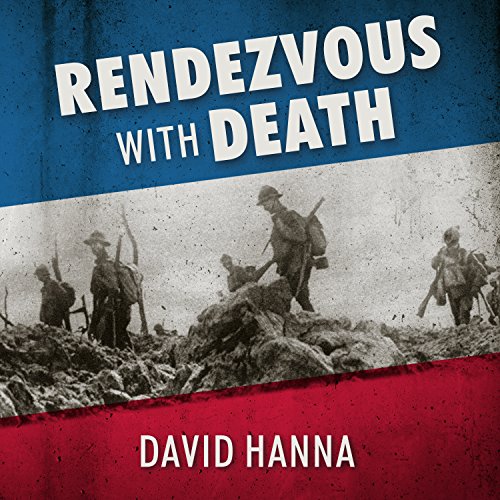 By: David Hanna
Narrated by: Joe Barrett
Try for $0.00

Before America joined World War I, a small group of Americans volunteered for the French Foreign Legion to help defeat the Central Powers. Historian David Hanna profiles seven of these volunteers: a poet, an artist, a boxer, a stunt pilot, a college student, a veteran of the Spanish American War, and an advertising executive. All seven men were united in courage; and some, like poet Alan Seeger, paid the ultimate sacrifice. Before he was killed in battle, Seeger penned the immortal words that inspired this book's title: "I've a rendezvous with Death At midnight in some flaming town, When Spring trips north again this year, And I to my pledged word am true, I shall not fail that rendezvous."

What listeners say about Rendezvous with Death

The content is amazing. The story itself of selfless young Americans coming to France’s aide is fascinating. The recording is clear, but the narrator completely butchered the French language. I speak the language at conversational fluency and at many points (when he cited names, locations, etc.) had no idea what he was talking about . It seemed to get a little better as the narration went on. Still worth getting and hearing this unique history.

What an amazing story! Adventure, romance, idealism, and poetry...a story that need to be read in today's times of cynicism. I would highly recommend 😊