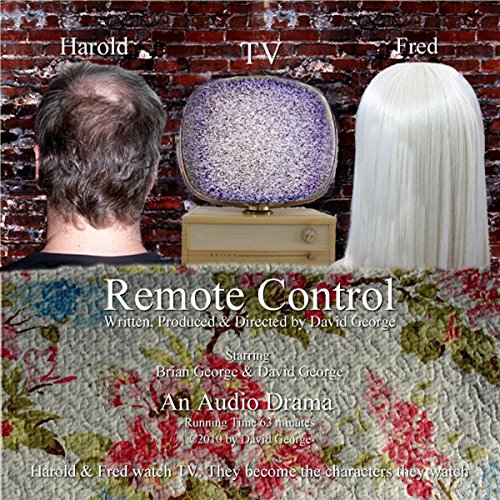 Harold and Fred watch television. They become the characters they watch.... 1985. Inside a dingy apartment on the ninth floor of a dilapidated apartment building in downtown Los Angeles, Harold and Fred, two working-class English expatriates, sit on a shabby couch mesmerized by an old television set, in this bitter-sweet black comedy drama.

Harold is wrapped in a dirty bathrobe. Fred is gaunt and pale, wearing a stained woman’s off-the-shoulder cotton dress.... Their lives interrupt an endless stream of TV commercials.

This is a love story. A power struggle which intensifies when Fred discovers letters to Harold from Elena hidden in the apartment. We learn that having agreed never to meet, Harold writes "fanciful" letters describing his adventures in Africa and the exciting life he never had. Seduced by the letters, Elena now wants to meet her Harold.

Discovering that they now plan to meet, Fred dashes off a letter to Elena in Harold's name sabotaging their meeting. When the appointment day arrives Harold goes to meet Elena not knowing she won't show up. When Harold returns he discovers Fred on the ledge outside their apartment nine floors above the street. Mortified Harold tries to talk him down but Fred is determined, drunk on the idea of suicide as the ultimate act of courage, self-determination... freedom? He asks Harold's forgiveness. Desperate, Harold forgives him and Fred jumps. In a surprise twist we learn the truth.

What listeners say about Remote Control