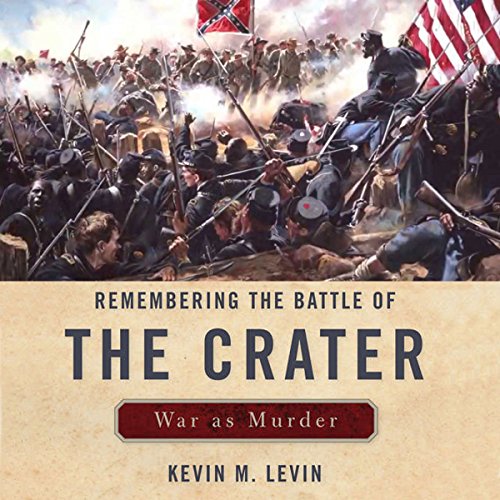 Remembering the Battle of the Crater: War as Murder

Remembering the Battle of the Crater: War as Murder

The Battle of the Crater is known as one of the Civil War's bloodiest struggles - a Union loss with combined casualties of 5,000, many of whom were members of the United States Colored Troops (USCT) under Union Brigadier General Edward Ferrero. The battle was a violent clash of forces as Confederate soldiers fought for the first time against African American soldiers. After the Union lost the battle, these black soldiers were captured and subject both to extensive abuse and the threat of being returned to slavery in the South. Yet, despite their heroism and sacrifice, these men are often overlooked in public memory of the war.

In Remembering the Battle of the Crater: War is Murder, Kevin M. Levin addresses the shared recollection of a battle that epitomizes the way Americans have chosen to remember, or in many cases forget, the presence of the USCT. The volume analyzes how the racial component of the war's history was portrayed at various points during the 140 years following its conclusion, illuminating the social changes and challenges experienced by the nation as a whole. Remembering the Battle of the Crater gives the members of the USCT a newfound voice in history.

"Levin has done a superb job of charting a course through the complex and sometimes perplexing details of this story. His research is exhaustive." ( Journal of the Civil War Era)
"Levin has given us a wonderful insight not only into the ever-evolving nature of Civil War memory, but he has also helped illuminate the interplay between race and politics in our collective rendering of the war." ( Civil War Monitor)
"A solid academic book that firmly establishes Levin as an important scholar and public voice on the Civil War, race, and memory." ( Journal of American History)

this is a great look at the negative impact racism has on civil war scholarship.