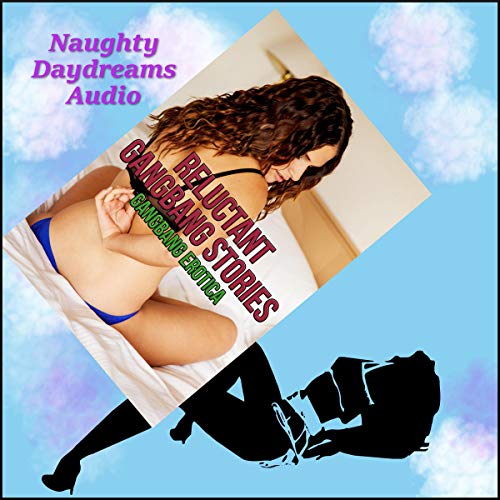 By: Veronica Halstead
Narrated by: Katrina Medina
Try for $0.00

Reluctant group sex combines a number of elements that make for smoking hot erotica stories. In this collection, the sex is simply scorching, and the fantasy of dubious consent is in full force.

I’d been turned on by my coworker Renee for some time, and when some guys at a party wanted to see two girls kiss and convinced us to do it, things just got even hotter. From then on, I couldn’t stop thinking of going much farther with her, and she felt the same way. There were some boys from the party who felt that way, too, though, and when the time finally came for me to have my first lesbian sex experience, I reluctantly watched it turn into a two girl gangbang, complete with rough double team sex, double penetration, rough deep throat, and forced semen swallowing!

Jill and Nancy are the best of friends, and these barely legal beauties have discovered that stripping is a very lucrative way to get through college. They’re excited about a bachelor party because those always result in big tips, and they’re gonna be even bigger this time because the men want the girls to fool around a little bit. Money, money, money! Things are gonna get a little more intense than fooling around, though! The men want more than a little bit of kissing! They want to watch Jill and Nancy in a full blown first lesbian sex experience; and then they’re joining in to gangbang these 18-year-old girls good and proper!