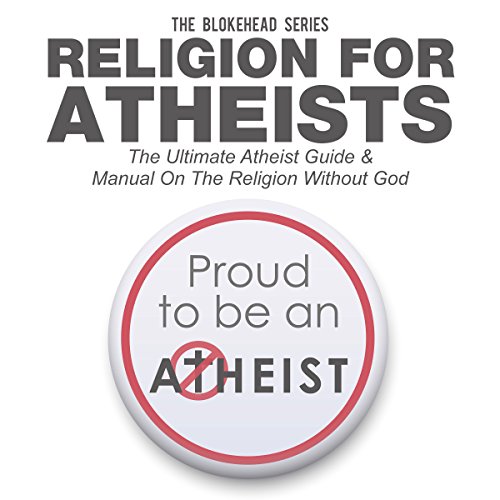 The Ultimate Atheist Guide & Manual on the Religion Without God (The Blokehead Success Series)
By: The Blokehead
Narrated by: Don Sobczak
Length: 56 mins
Categories: Religion & Spirituality, Religious Thought
3 out of 5 stars 3.0 (1 rating)

By: The Blokehead
Narrated by: Don Sobczak

Atheism is characterized by rejection or lack of belief in the existence of a Supreme Being, commonly referred to as God. The people who practice this belief are referred to as atheists. There is a distinction however, to this belief. One form of atheism is a simple case of skepticism. There is a disbelief that God really exists. Simply put, it is refusal or inability to accept the concept that God is alive today, and that there is a God, as most people believe to be true. This is categorized as "weak atheism". On the contrary, "strong atheism" has a crystal clear belief that God does not really exist. Therefore, when a person proclaims to be an atheist, he or she could be a weak or strong atheist, depending on the degree or intensity of the belief in godlessness in his or her life.