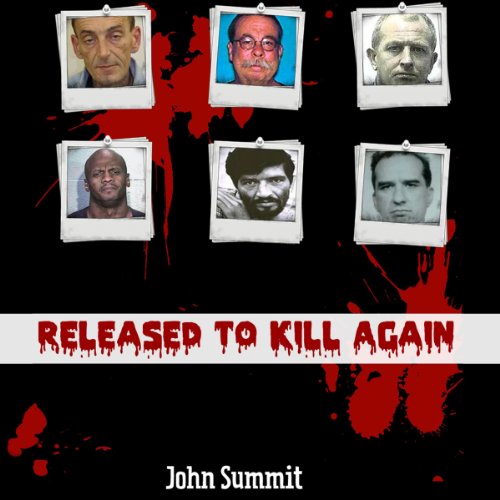 Are criminals who have been convicted of murder really being released back into society to live among us?

WARNING: The cases profiled in this thought provoking book will both disturb and anger you.

Recidivism, as defined in psychiatry journals, is the chronic tendency to repeat anti-social or criminal behavior patterns. Prison systems, in part, are intended to rehabilitate the criminal so these same behavior patterns will not be repeated.

However, when an individual commits the most serious of crimes - murder - and then they're convicted of that crime, most receive life in prison or the death penalty. So, how is it that the criminal justice system is failing so horribly and releasing them after committing such violence in society?

Released to Kill Again is the 4th volume in the True Crime Series by John Summit.

In this audiobook, he reveals the shocking true crime and murder stories of 7 convicted criminals who not only killed once, but were paroled...only to kill again.