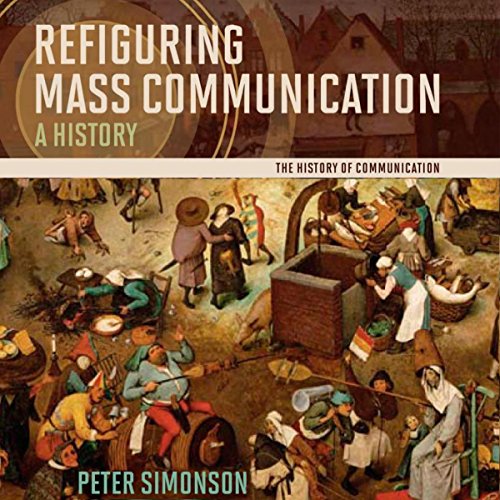 By: Peter Simonson
Narrated by: Roger Wood
Try for $0.00

This book is a unique inquiry into the history and the ongoing moral significance of mass communication as an idea and social form. Organized around narrative accounts of individuals and their communicative worlds, it strives to refigure mass communication as a concept, illuminate significant but overlooked rhetorical episodes in its history, and call listeners to reconsider their own engagements with it today. Its six chapters map and compare visions of mass communication articulated by Paul of Tarsus, Walt Whitman, Charles Horton Cooley, David Sarnoff, Robert K. Merton, and the author himself. The studies illuminate geographical and social contexts from which visions have emerged, religious and moral horizons against which they have taken shape, and heterogeneous social forms of communication that they point to. Overall, it offers a creative approach to communication history in a clear style.

"This volume of original thinking should prompt the same in its readers. Highly recommended." ( Choice)