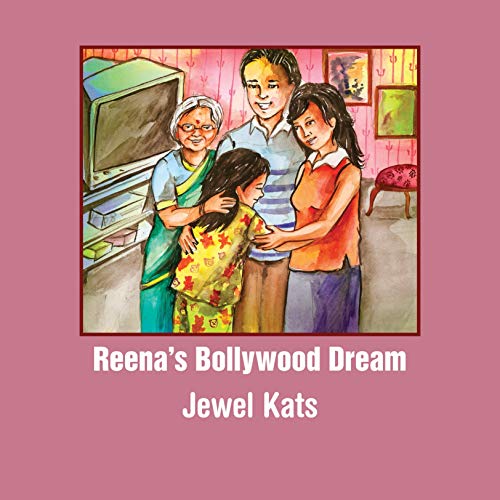 By: Jewel Kats
Narrated by: Barbara Rich
Try for $0.00

A Bollywood star. Unfortunately, her family won't stand for it. It doesn't help that Reena is only eight years old. However, a beacon of hope arrives in the form of Uncle Jessi. He's just emigrated from India to America, and is a welcome addition to her family household. Uncle Jessi and Reena share a special bond. Not only are they old pen pals, but he recognizes her desperation to become a Bollywood actress.

One day, Uncle Jessi plans a secret surprise. He invites her to take part in a pretend acting game. Reena jumps at the chance. At first, she enjoys swinging her hips to Bollywood beats. She smiles brightly at his camera. However, halfway through her performance matters take an unexpected turn. The end results surprise both Reena and Uncle Jessi.

"Reena's Bollywood Dream is exceptionally well-written. It works as an educational piece to foster awareness to children and their families regarding the realities of sexual abuse within the South Asian community. This informative book can help alter a child's life for the better." (Sadia Khaliq, BA, BSW, MSW, Community Treatment Coordinator, Centre for Addiction and Mental Health)