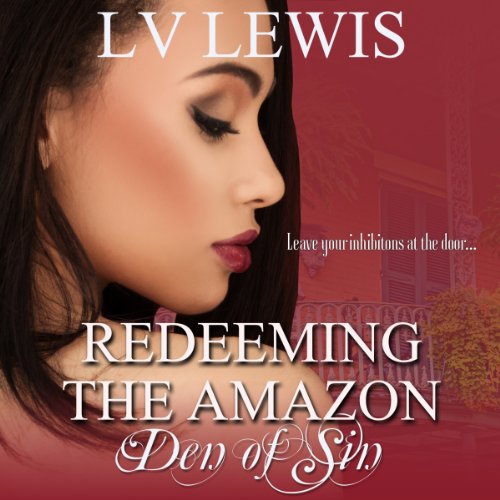 By: L. V. Lewis
Narrated by: Marie Hélène
Free with a 30-day trial

Most come to The Beaudelaire Hotel a select few times a year merely to indulge in sexual fantasy, but the stakes are higher for Karen Freeman and Paul Beaudelaire this New Year's weekend. Karen is nine years post-op from a double mastectomy, and her vain ex-husband hadn't agreed with her decision to remove her remaining good breast or to eschew reconstruction. In the end, that decision cost her. She lost her marriage, but she's certain the move has prolonged her life.

Returning to a normal dating and sex life has been difficult. She hasn't made love fully unclothed since the demise of her marriage, and her most significant relationship occurred right after her surgery. When she was still recuperating, she had an affair of the heart with a Marine amputee who'd also been her Ph.D. classmate.

Paul Beaudelaire once led a charmed life as a ladies' man who had his pick of women in the upper echelons of New Orleans society. He'd been satisfied to continue in that vein, until a Marine recruiter wooed him from LSU with tales of valor, courage, and commitment. His career in the corps cut short by the loss of his left leg, Paul returned to New Orleans with the best prosthesis Johns Hopkins orthopedics experts could fit him with. The problem was, he'd left his heart in Baltimore with a beautiful former model, whose crippled marriage was the only deterrent to his waning honor.

Will this fantasy weekend at his Uncle Henri's hotel give him a second chance with his contemporary Amazon, or will her fear of rejection be a barrier to their reconnection?

Other Den of Sin titles:

Shamelessly Taken: A Den of Sin Vignette by Mel Blue

Two Strikes: A Den of Sin Vignette by Holley Trent

What listeners say about Redeeming the Amazon

This story is a contemporary, plausible story of a male-female, mixed-race couple (barely noted) in their early 30s, I believe. They are, for sure, not the youngsters so common to many of the romance and erotica books. It was a delight to read about professional, older adults. As such, these two people were both dealing with a physical handicap due to amputations and the emotional and mental aftermath of that, specifically as it relates to feeling and being sexually desirable. The story was good but not great. One bad part was that the narrator’s version of the H didn’t match his description. But she was great otherwise. Her sexy voice really added to the story-telling. The novella is quite sexual but not explicit in detail or language/terms, at least not to the point of erotica IMO. And I’ve listen to plenty romances that were more explicit than this one. But it was quite sexy with a warm romantic undertone. These two adults were not into playing games but were open to and looking for love, even if one of them didn’t really believe it possible. This is a good buy. It’s more like a 3.5 overall.