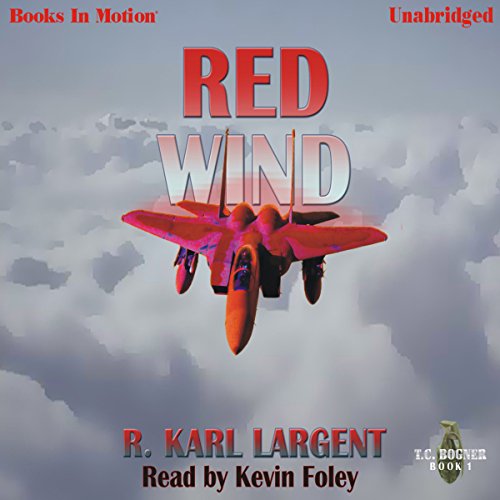 Terrorist Plot: When a military jet went down off the California coast, killing the Secretary of the Air Force, it was a tragedy. When another jet crashed with the Undersecretary of State on board, it became cause for investigation. When a member of the State Department was found shot in the back of the head, his top-secret files missing, it became a national crisis.

A Secret Mole: National security was hanging by a thread - a thread about to be cut by a well-placed operative who leaked Washington's every move to the Chinese hard-liners behind the high-tech terror. A Global Threat: The frantic President turned to Commander T. C. Bogner, the only man he knew he could trust to uncover the mole and pull the country back from the brink before the delicate balance of power was blown away in a...Red Wind

Give me a break

Again and again the characters make glaring mistakes that keep them one step behind ... believing there is a leak of inside info and taking no steps to plug it; the inability to trace a fax message to it's source; failing to keep watch on a location because they believed one of the bad guys was out of the picture; these are just a few examples from the multitude of blunders. . The final straw for me was using patrol cars to stake out the known location of a terrorist (which was obviously spotted by the terrorist). Give me a break! At this point I stopped listening (probably less than 45 minutes from the end.
If you are just looking for a fast-paced action book; don't mind some obvious ineptitude along with little to no development of the characters; you might like this book. It did keep me listening almost to the end.