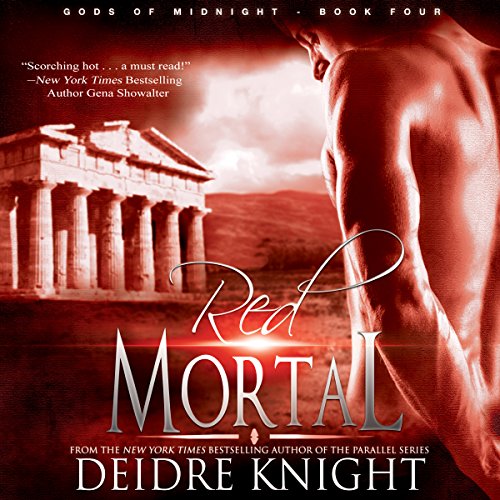 Ares has interfered with the Spartan warriors for centuries, toying with them out of spite and jealousy. Now the vindictive war god has stabbed at their cadre's heart, stripping their beloved King Leonidas of his immortality, and allowing him to age rapidly. As Leonidas faces imminent death, his greatest regret is leaving behind his beloved Daphne, Oracle of Delphi.

At last Daphne has captured the heart of King Leo, after being forced to adore him from afar throughout the millennia due to her half-brother Ares's curse. But the curse ends only to have her petty sibling wrench them apart again, stealing life from her king. Despairing, the lovers realize that the one creature who can save them is the henchman Ares used to torture them for centuries. The demon who served Ares unconditionally, even in spite of abuse and disfigurement. But now Sable has fallen in love with one of their own...and has every reason to fight on the side of right this time.

Sable's love for Sophie Lowery, a gifted healer and member of the demon-hunting family, could be the key to finally defeating Ares. But he must overcome the darkness inside of him entirely, a feat that will either maintain the Spartans' way of life as protectors of humanity, or destroy everything once and for all.

What listeners say about Red Mortal

all threads are nicely resolved and every one gets a HEA or the comeuppance they deserve. could be read alone but will enjoy it more if you start from beginning with Red Fire