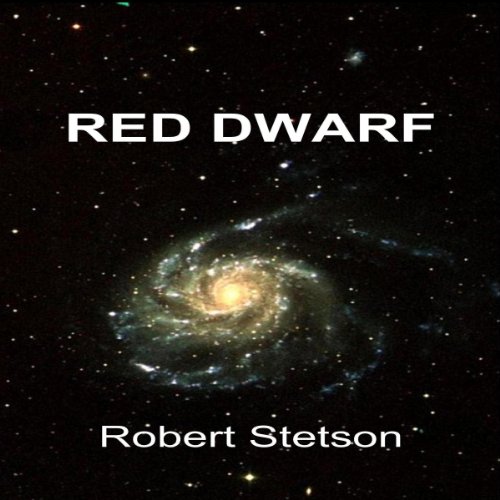 By: Robert Stetson
Narrated by: Matt Doyle
Free with a 30-day trial

This is the story of a Space Cadet named Clay Stone who completed his academy training and is assigned to Space Center as the first Starship Captain to embark on a stellar mission to a red dwarf star called Alpha Proxima 4.2 light years away.

The trip is a disaster and the trials and tribulations are many, but the mission is almost doomed near the end. The story is packed full of humor, romance, action and adventure.

You're going to love this one. If you do, you will also love Red Dwarf II.

But, PLEASE, don't tell anyone the ending.

Based on a true concept, Quantum Entaglement.

Next they say that star travel isn't practical because it would take years to get to the nearest star, Alpha Proxima at four point two light years. If you combine all the facts and theories, it would take about ten months round trip for the astronauts, and about twelve years for the people of Earth to hear back from them.

Knowing that the hearts of people and governments never change, we have to wonder what the socioeconomic implications will be. How would the payroll work? If we get a week's pay every week Earth-time, that would be a week's pay every three hours or so as perceived by the astronaut. The Government would never pay that way.

There are bigger problems than that. You leave when your son is nine years old and come back in two years and have a beer with him, leave again and come back in fifty years to visit him in the old folk's home, and your only thirty seven years old. Star travel will make your personal life interesting and your economic life very complicated.

What listeners say about Red Dwarf