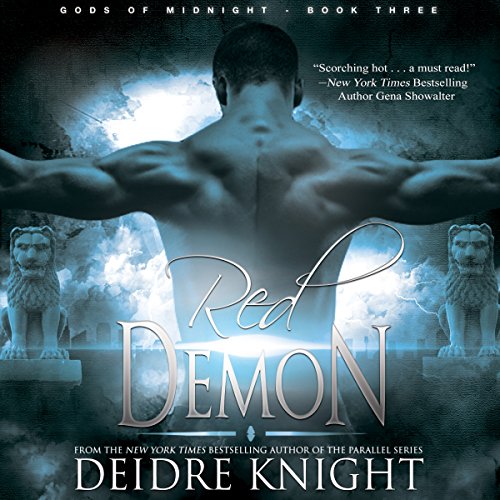 Aristos Petrakos has never been one to take anything too seriously, even his immortal position as a protector of humankind. But having recently been dealt the power of a demi-god, granting him control over life and death, his naturally easygoing manner has taken a blow. One that may just prove a knockout punch, when the only woman who ever fully claimed his heart reaches out from beyond the grave. Ari attempts to ignore her messages, but his long-dead lover, Juliana Tiades, has other plans.

Juliana has been roaming the streets of Savannah for over a century - ever since she drowned during one of the city's worst hurricanes. When Ari crosses her ghostly path in Savannah through an unexpected family connection, Juliana forges a deadly pact in order to become human again...and to be with her true love. But even Ari's own familiarity with immortal bargains could not have prepared him for the sight of Juliana's warm-blooded body in his bedroom. Convinced that his beloved must be a demon, Ari only gradually accepts that the beautiful redhead truly is his Juliana - a trust that may prove deadly, not only to Ari and all the Spartans, but to Juliana's eternal soul.

"Excellent...urban fantasy with a terrific premise. Fans will need to set aside time as this is a one-sitting red-eye special." (Genre Go Round Reviews)
"A wonderful addition to the Gods of Midnight series and I hope that another installment isn't far away." (Romance Junkies)
"Knight does her usual terrific job building a tale of lost love, loyalty, and danger in this latest Gods of Midnight novel." (Romantic Times)

What listeners say about Red Demon

I read other reviews that complained about Juliana and I agree. I found myself fast forwarding through parts of her and Ari,who I always liked. I found her to be a simpering twit the only thing of interest about her was the demon possession. fortunately the other couples, Mason and Nic, Leo & Daphne , and best of all Sophie & Sable because it is part of a series and you have to slog through. It's a must read if invested in the series, I didn't enjoy as much as 1 & 2 but looking forward to Red Mortal.

The characters are impactful and the plot is explosive. You fall in love with their love and feel their struggles.