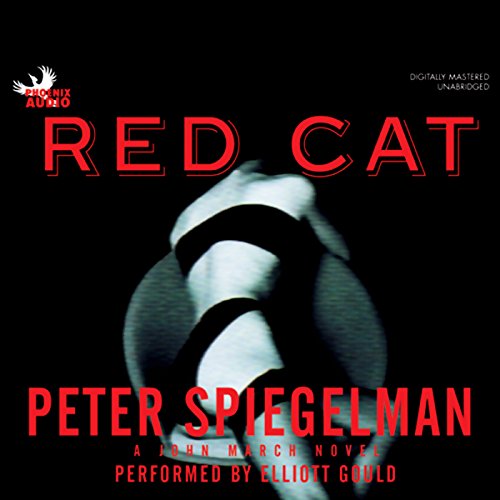 With a troubled past and a job that attracts too much attention from the law, March has always been the black sheep of his staid merchant-banking family. That makes the identity of his latest client all the more surprising: his smug older brother, David.

David is desperate and deeply scared, and with good reason. A woman he met on the Internet, and then for several torrid sexual encounters, is stalking him. David knows her only as Wren, but she seems to know everything about him - and she's threatening to tell all to his wife and his colleagues. His marriage, his career, and his reputation at stake, David wants John to find this woman and warn her off. Reeling from these revelations, John begins the search for Wren, and what he discovers both alarms and fascinates him. Part actress, part playwright, part performance-artist and noir pornographer, Wren is a powerfully compelling mystery - though no more so, John discovers, than his own brother.

But when a body surfaces in the East River, March suddenly finds he's no longer searching for a stalker. Now he's hunting a killer and following a trail that leads ever closer to David's door.

"Spiegelman...continues to be one of today's best practitioners of neo-noir." (Publishers Weekly)
"As John matures, so does Spiegelman. The writing is cleaner, the characters are varied and well drawn, and most of all, the plot is believably complex and full of shocking twists. Highly recommended." (Library Journal)

I have listened to hundreds of audiobooks, and am dismayed to say that Elliott Gould, an actor of bigger reputation than most of the audiobook readers I have become such a fan of, is an awful, monotonous, word-mispronouncing reader! The production on this book is terrible, also, with big silent gaps between, apparently, recording sessions. This is especially frustrating because the Peter Spiegelman book is really good. Was this a rush job or what?

Peter Spiegelman took my breath away. He as insightful re. this moment's human nature as the American classic writers of the 30s and 40s. He may be even better in the sense that he creates insights so believable that you are forced to rethink the nature of human relationships. Yeah, it is a dark and ADULT novel. Yes there is sex, but... but... it is essential to this psycho/social/cultural exploration. Oh... and he writes with the craft of a great surgeon. However art without wonder is merely craft... And The Red Cat leaves you with wonderings that nag.

So... I can understand why the publishers felt that this novel was sufficiently important to snag a celebrity reader. Eliot Gould may be past his greatness. Or he may have phoned in at least some of his reading. But what's inescapably true is that the production people failed both Gould and Spiegelman by leaving a debris of seemingly random and maddening pauses behind. However, the story and Gould's adequate presentation of it overcome and this is a mystery which does not fall apart at its end. The characters will haunt you because they are complex and naggingly familiar.

Red Cat is worth the money, the time, and the feelings it provokes. Four and a half stars!!!

In regards to the audio version of this story, I don't know how much better it would have been if there was a different narrator. Elliot Gould is simply one of the worst narrators I have ever heard, and I listen to 60 plus audio books a year. I wonder if the author even listened to the recording? Was Mr. Gould related to the author?
It is just awful. And there is too much pause between chapters. I wondered if Mr. Gould had passed out. Mr. March, the detective is a bland guy and his brother most hateful towards him. I got the audio because it was recommended by the July issue of the magazine, The Economist. Oh well. I wish these authors would write better stories, truly I do!Some of the current books on the best seller list are terrible as well!

I agree with good book/bad reader

I usually just rate books on the library page but I thought this one deserved a written review in case the author might see it. I love the book as I do many series characters...with Spenser being the very high standard...but Elliott Gould just butchered this book. Huge number of acCENTS on the wrong SyllAHble etc. Still gets 3 stars for the story. AND the production values were horrible. Huge distraction to have the 'tape recorder' go on and off mid-paragraph. Barely worth it as is...but if you ,like I still do, read some books on paper I'd put this one in that queue.

I don't know what to think of this audio book, I mean I like the author and I think the John March series are pretty good; and the book is not bad but the narrator made it really hard to listen to. His voice is too old and too monotone, nasal and basically boring. To me half the fun of listening to a book is the narrator injecting life into the story and characters and after Scott Brick (which I think is one of the best narrator out there) reading the first book of the series, this narrator didn't cut it for me.

I have to agree with the previous listeners--Elliot Gould and the producer butchered this book. There were too many long pauses and mispronounced words. The reading was stilted and unimaginative. Too bad because I really like Peter Spiegelman's books.

Phoenix Audio's production of Peter Spiegelman's Red Cat diminishes the pleasure of listening to the sequel to Speiegelman's Black Maps.

The narration by Elliot Gould is clumsy and does little to service the strong, dark plot. As a fan of Gould's television and film work, I was sorely tried by his laborious pacing, oddly accented characterizations and stumbling pronunciations.

Worse, still is the poor production quality of the recording. The lackadaisical editing results in numerous overly long pauses in dialog or narration, distasteful breath and mouth sounds from the narrator and annoying stretches of crackling static. Unforgiveable.

Given Scott Brick's superb reading of Black Maps, produced by Books on Tape, it's difficult to understand the switch to Phoenix for Red Cat.

Although I would recommend Spiegelman's work to any fan of the modern noir thriller, and do so enthusiastically in the case of Brick's Black Maps reading, frankly, I would suggest they pass up this Red Cat production and read the book instead.

Worst Narration in the World

I am a couple of hours into this book and would rather poke myself in the eye with a rusty poker then listen to Elliot Gould for another moment. The story itslf is engaging and intelligent but good God, Elliot Gould sounds like he is either on drugs or is just learning to read.

Reader stops reading and you wonder if there is something wrong with your Ipod; characters didn't build any rapport with me; I didn't care what happened to any of them. Save your credit. I only "bought" this because one of the "great authors" recommended it. Not a book I will think about again!