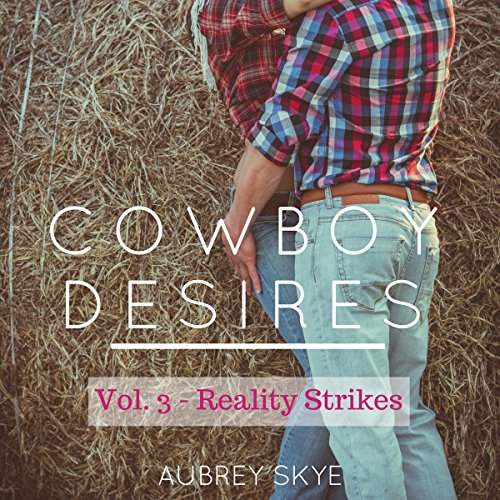 Jamie is a true cowgirl, big and beautiful. She's also a woman who had her heart broken by the one man she thought would love her forever. Mason was everything she wanted, but he left her when she was most vulnerable, and she has been trying to pick up the pieces ever since.

Now her two worlds have collided. Mason knows about Austin and Austin knows about Mason. Jaime realizes she has to follow her heart and choose only one, but some things are easier said than done. After some time spent with both men and a few secrets being revealed, Jaime has almost made up her mind.

That is, until she receives a text. A short little message that could change her world completely.

Fans of Fifty Shades of Grey and Bared to You will love this spicy hot romance series with strong, independent women and sexy alpha heroes.

Warning: This is a 10,000+ word novelette. It contains hot and heavy action, spicy descriptions, a cliffhanger, and sultry times. Listen at your own risk...or delight!

What listeners say about Reality Strikes