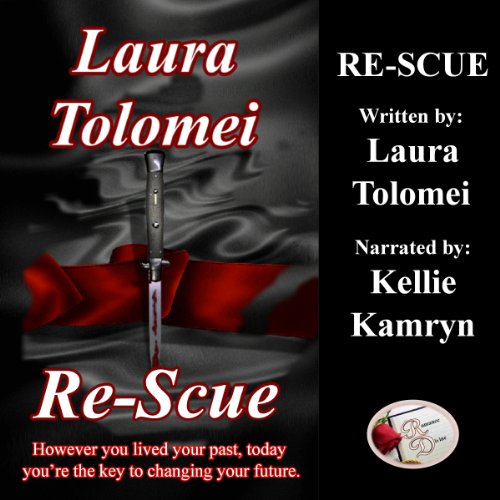 Re-Scue spans four different lifetimes connected by an insane passion for sex and blood. The players - a hunter and his prey - change shapes and sexes, but their sensually seductive game is always as exciting as the first time. The rules are simple. Sex without emotions is what the hunter wants, but the prey seems unwilling to give, refusing to play by this incomprehensible rule.

Didri and Tylean begin the sadistic ritual on Byoldar, a futuristic world, where he teaches her about pain and pleasure. The game continues with Aural and Rhodri on Thuly, a fantasy medieval-style world. Together, they will break new boundaries in passion - without emotions, leaving it to Leon and Sean to end the game on 21st century Earth.

Only in the last tale will the prey outsmart his hunter, forcing him to accept new terms for their never-ending game. The romantic developments are unique, as the characters change sex and shapes during the lifetimes, even assuming animal forms, while their relationship remains basically the same. A resolution is only achieved when both characters learn to accept their responsibilities within the game's parameters.

Re-Scue is the prequel to Tasting Leon's Mark, the bloody game that started it all with the inter-play of different lifetimes, all aiming for the same passionate lust.

Didn't Quite Work for Me

To enjoy the book, you need to be interested in bloodletting or knife play as part of the process of arousal and climaxing. The main sexual relationship is not limited to female/male. The book consists of several, interconnected stories over several lifetimes; it’s the same people who are reincarnated with memory of their past encounters. The narrator didn’t work for me either. She had no male tone or voice, so it was very confusing. I generally could never tell who was talking. She also had little-to-no variety; essentially she used one voice during the entire book. And I hated the music in the background.

On the positive side, the author’s descriptive ability and her intriguing, and sensual way of phrasing provided a degree of listening enjoyment in spite of the aforementioned dislikes. And that’s really saying something considering how much I disliked this narrator’s performance for this book. She seriously detracted from my engagement with this story. Also, watching the H’s transformation was good, and the story was plausible, which was good. So things flowed well. Finally, returning to the negative side, this author should never, ever, ever, never use the word “Sweetie” ever again. Goddess knows I cringe at just the idea of hearing it again. This book is a lesson in overuse of a word.