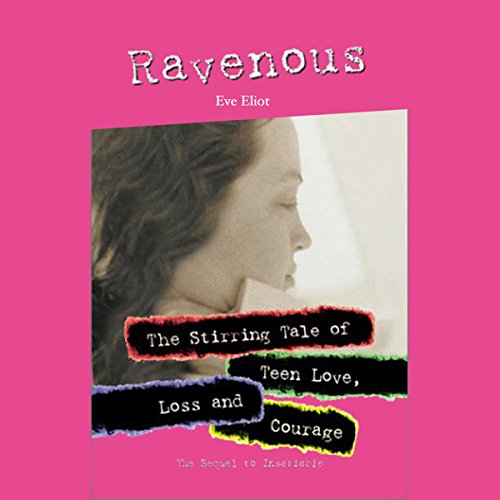 Ravenous is the eagerly anticipated sequel to Insatiable, nominated for Best Books for Young Adults 2002 (Booklist).

Ravenous depicts the wide range of difficulties in growing up in America by exploring the journeys of three young women and two young men. Phoebe, the size-16 dreamer, finally gets a boyfriend and readers witness her euphoria and her fear during a particularly fragile time of life. Samantha, the anorexic perfectionist, faces difficult challenges with both her boyfriend and her father, and continues to struggle with an inability to eat more than lettuce and apples. Hannah, the bulimic lesbian, has a romantic awakening inviting readers to observe ways in which she holds back and ways in which she grows.

Eating and body-image still play a part of the story, but are by no means its major focus. In Ravenous, the courageous young heroines and heroes are faced with a broader range of concerns - they face struggles with boyfriends, girlfriends, betrayal, parents, even themselves. Ravenous will be irresistible to any young person who has ever endured a night of loneliness, suffered the trauma and pain of rejection or a crushing disappointment, or despaired over the fear of never fitting in. It is both timely and timeless.

What listeners say about Ravenous