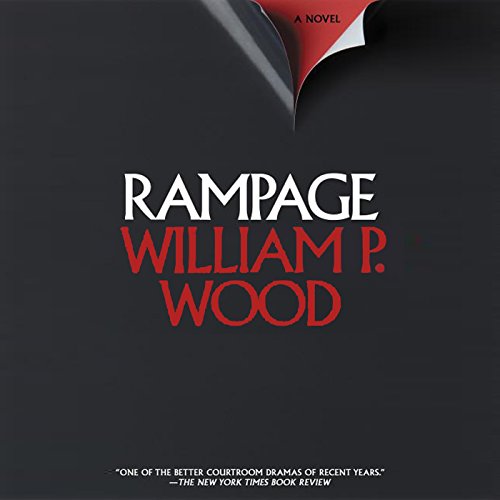 From best-selling crime novelist (and deputy district attorney) William P. Wood... A killer so savage (and so sly) that the brutal frenzy of his crimes makes an unassailable insanity defense - such is the opponent facing Tony Fraser, a young district attorney willing to risk anything, everything, for a sentence of death. Plotted against by court psychiatrists, tormented by vanishing evidence and fugitive witnesses, his own wife a target, Fraser finds himself checkmated by the accused - until he seizes an opportunity to go beyond the letter of the law.

To experience the final, stunning climax of Rampage is to thrill to the tensions of a high-stakes capital case, to go behind the scenes of our justice system, and to find a dark and terrifying clockwork there.

What listeners say about Rampage

Very linear and predictable. No surprises. No twists and turns. A very ordinary book. Disappointing.