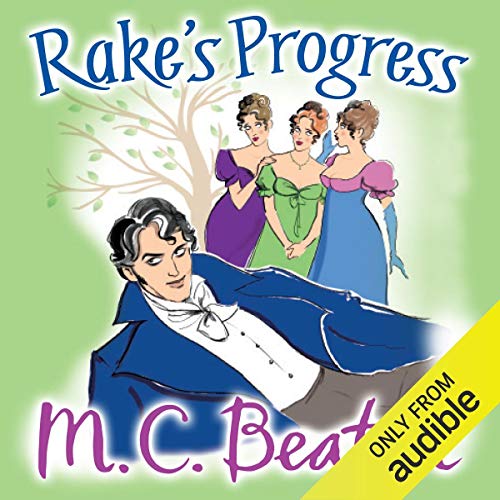 He's just not the marrying kind... Lord Guy Carlton, late of His Majesty's Regiment and weary from the war in France, has only wine, women and song in mind when he rents No.67 Clarges Street for the season. He certainly has no desire for a serious attachment - and as for marriage: never! But Lord Guy Carlton didn't factor in the lovely but very proper Miss Esther Jones. Although one of the richest women in England she is also one of the most innocent which could make her an unwilling victim of the philandering lord. So, once again, it is up to the downstairs staff at Clarges Street to devise a campaign to reform the rake who is laying siege to her heart.

M. C. Beaton is the author of the best-selling Agatha Raisin series. She has also written several Regency romance series, including Edwardian Candlelight. She lives between Paris and the Cotswolds.

What listeners say about Rake's Progress

House for the season

I enjoy the series, but I was sorely disappointed in this one. The story was pretty vapid, and the reader's rendition of our hero's voice was very off-putting. Ah well, there are the other two to go. I still like Rainbird and the other servants, and it is fun to have their perspectives on the historical period.