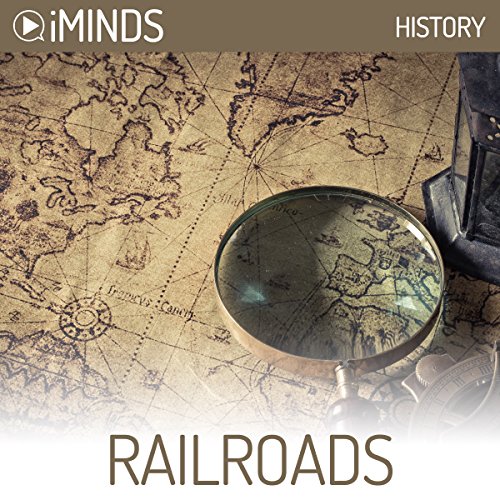 By: iMinds
Narrated by: Fleet Cooper
Try for $0.00

Learn about the history of the Railroads with iMinds insightful knowledge series. They are the fastest paths to travel on land and in many places they are the most convenient way to travel from country to country. Railroads are a cornerstone of the modern world!

The story of railroads really begins with a look at transport. The wheel has been called one of the greatest inventions in the history of the world. But even with such fundamental elements as wheels, modes of transport are not always great at travelling in a straight line. As anyone with a wheelbarrow will tell you, meandering is a problem! Even in Neolithic times, people recognised this. So they made grooves in the ground to guide wheels along.

What listeners say about Railroads

Just 7 min. And material at a 4 th grade level. What a disappointment- nothing of substance