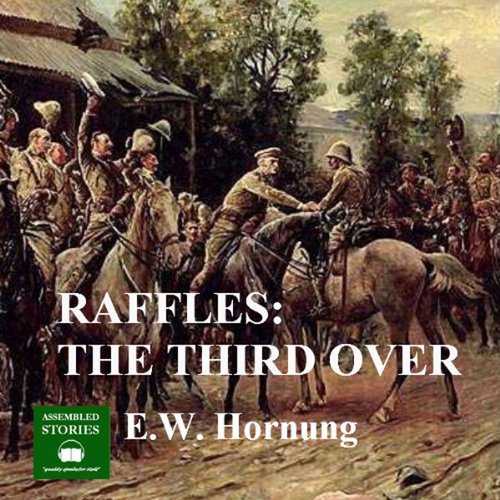 Raffles: The Third Over

The next volume in the series of exciting stories about A. J. Raffles, first-class slow bowler and gentleman thief. The author must have been delighted when his fictional character was such a success. Raffles would have said ‘timing is everything’ and the advice should have been delivered to his creator. Hornung made a grave error in finishing the master burglar’s life and career so soon, realised his mistake and brought him back to the printed page. Surprisingly, unlike so many sequels, the resulting yarns, in most parts, prove to be the most enjoyable of the canon because we learn more about Bunny, his accomplice, than we knew before, and Bunny himself reveals more about Raffles than he had earlier - albeit with the stiff upper lip quivering slightly!

There were eight tales of the upper class anti-hero still to come, soon to be recorded by Assembled Stories, and then Raffles, sadly, was ‘run out’. This collection comprises: 'To Catch a Thief', 'An Old Flame', 'The Wrong House', 'The Knees of the Gods', 'Out of Paradise', and 'The Chest of Silver'.

"Peter Joyce is the most remarkable one-man band in audiobook publishing. Joyce, an experienced actor, reads them all himself." (The Independent)

What listeners say about Raffles: The Third Over