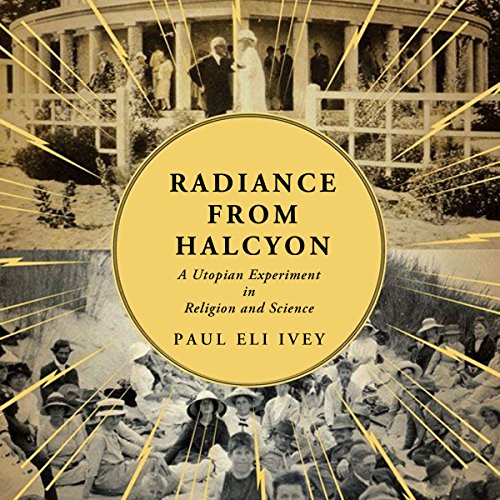 In May 1904 the residents of Halcyon - a small utopian community on California's central coast - invited their neighbors to attend the grand opening of the Halcyon Hotel and Sanatorium. As part of the entertainment, guests were encouraged to have their hands X-rayed. For the founders and members of Halcyon, the X-ray was a demonstration of mysterious spiritual forces made practical to human beings.

Radiance from Halcyon is the story not only of the community,but also of its uniquely inventive members' contributions to religion and science. The new synthesis of religion and science attempted by theosophy laid the foundation for advances produced by the children of the founding members, including microwave technology and atomic spectral analysis. Paul Eli Ivey's narrative starts in the 1890s in Syracuse, New York, with the rising of the Temple of the People: a splinter group of the theosophical movement. After developing its ideals for an agricultural and artisanal community, the Temple purchased land in California. And in 1903 it began to live its dream there.

" Radiance from Halcyon is an excellent historical account of one utopian community that applied practically the principles of Theosophy as they understood them.... Both thought-provoking and instructive." (Quest Magazine)
" Radiance from Halcyon provides a lively, clearly written exploration of a distinctive group that sought to combine religion, science, and utopian civic life." ( American Historical Review)

What listeners say about Radiance from Halcyon